The badass British action star is on a mission to avenge the death of his son. 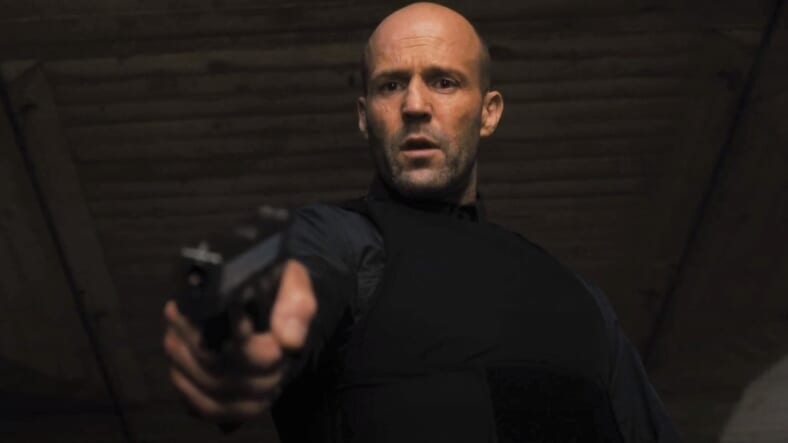 Jason Statham is bent on violently exacting justice on the bad guys who killed his son in the new Red Band trailer for Wrath of Man.

The Guy Ritchie-directed action flick follows what appears to be a deceptively simple plot, though if 2019’s enjoyable The Gentlemen is any indication, Ritchie will throw in some fun twists.

The trailer’s first sequence sees Statham’s son executed just before his character, “H,” frantically arrives on the scene, at which point he’s pumped full of lead and left for dead. Of course our badass bald hero actually survives and goes undercover as a cash truck security guard in a daring bid to seek revenge on the killers.

Here’s the official plot from MGM:

A mysterious and wild-eyed new cash truck security guard (Jason Statham) surprises his coworkers during a heist in which he unexpectedly unleashes precision skills.

The crew is left wondering who he is and where he came from. Soon, the marksman’s ultimate motive becomes clear as he takes dramatic and irrevocable steps to settle a score.

As for the red band status, it’s perhaps best embodied when H tracks down a thug played by none other than Post Malone, who says, “Suck my fuckin’ dick,” before getting popped in the head.