The late ‘Voice’ contestant was a longtime friend of Gomez’s. 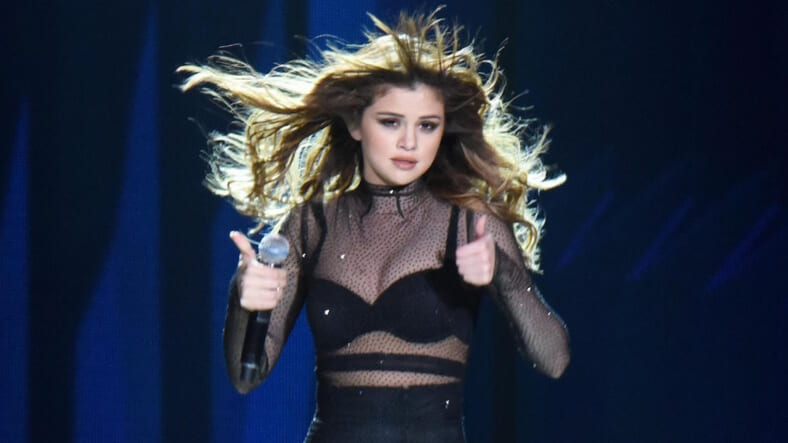 Selena Gomez paid an emotional tribute to her longtime friend Christina Grimmie Saturday night at the Miami stop of her Revival World Tour. Grimmie, a 22-year-old contestant on TV’s The Voice, was tragically gunned down after a Friday night show in Orlando, just a day before the horrifying mass shooting at an Orlando dance club.

“I don’t really understand how this really happened, but I would like to dedicate this next song to her,” a noticeably shaken Gomez told the crowd Saturday night.

She then gave a moving piano rendition of Hillsong Worship’s “Transfiguration” while fighting back tears.

Gomez then broke down during a performance of “Nobody” but quickly regained her composure.

Selena and Christina go way back. “When she was 14, we met her and my parents and I signed her,” Gomez told the audience.

She even shared her heartbreak on Twitter before the concert.

My heart is absolutely broken. I miss you Christina pic.twitter.com/KWGwZZlj4t

Gomez’s family started a GoFundMe to raise money for Christina’s family, which has raked in more than $160,000 so far.

Meanwhile, at the opposite end of the musical spectrum, thrash metal veterans Pantera are urging concert promoters and clubs to beef up security in the wake of Grimmie’s murder.

Citing the onstage 2004 murder of lead guitarist “Dimebag” Darrell Abbott by a deranged fan at a Columbus, Ohio, concert, the group posted a Facebook message Sunday juxtaposing pictures of Grimmie and Abbott.