Just When You Thought There Was Nothing Left to Reboot, Here Come ‘The Munsters’

Seth Meyers is producing an update of the OTHER classic ’60s monster sitcom. 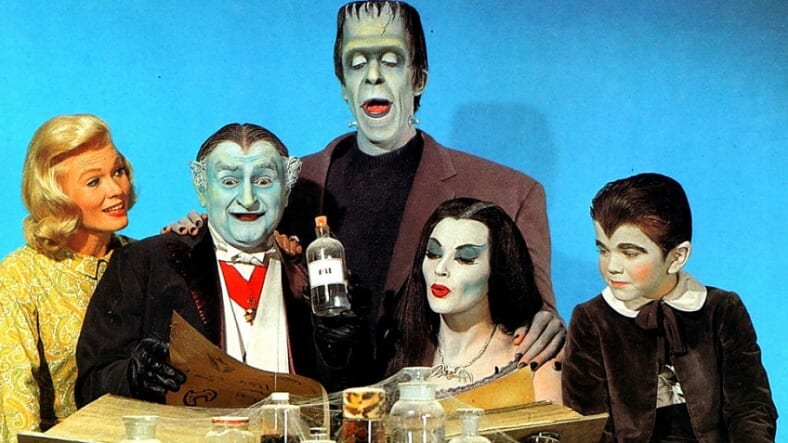 The 1960s were a magical time when a family unit made up of classic movie monsters and a cute blonde teen girl could live in harmony. On TV, anyway. The family was the Munsters, and the sitcom about their lives at 1313 Mockingbird Lane ran for two years in the middle of the decade.

The Munsters endured in syndication. Now it looks as though Seth Meyers is ready to bring the show back in a 21st century setting. Page Six reports NBC is on board for the reboot, which Meyers will produce along with actress and writer Jill Kargman.

Kargman landed on the perfect way to reintroduce us to Herman, Lily, Grandpa, and Eddie Munster by pitting the family of monsters against hipsters:

Inspired by the original series, the half-hour single-camera “The Munsters,” now in development, follows members of an offbeat family who are determined to stay true to themselves but struggle to fit in in hipster Brooklyn. (In the original, the Munsters resided at the famous 1313 Mockingbird Lane address in the city of Mockingbird Heights, a fictional suburb in California.)
Kargman will write the script and will executive produce with Sethmaker Shoemeyers Productions’ Meyers and Mike Shoemaker. Universal TV is the studio.

The Munsters is, along with Miami Vice, yet another effort to take past pop culture gold, melt it, and make something sort of new.

Can anyone find comedy in a wolf boy, vampire granddad, reanimated corpse father and undead mom coping with the horrors of gluten-free bakeries and artisanal chocolatiers shedding beard-hairs in the fudge?

Let’s hope so. The Munsters was nothing if not fun.