“You don’t deserve my movies anymore.” 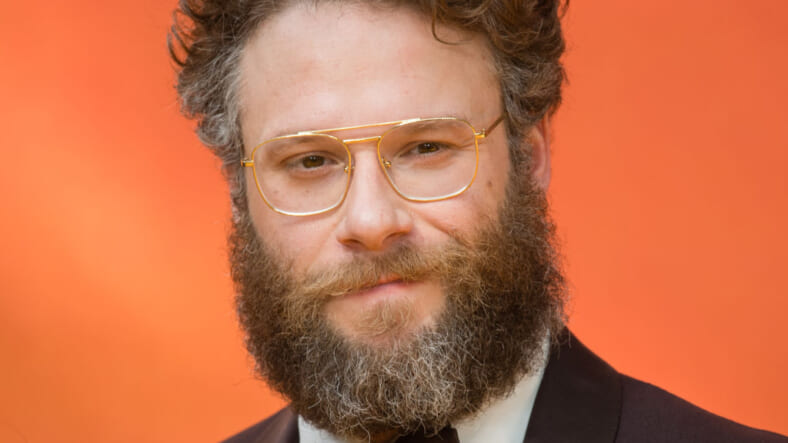 Actor, writer, and devoted cannabis advocate Seth Rogen is not here for anyone’s racist commentary on his Instagram posts.

Rogen, a native of Canada, posted a yellow and black “Black Lives Matter” graphic on his Instagram feed Monday, and a number of alleged fans suddenly decided he wasn’t so cool anymore. Rogen decided he could do without their butts in the seats next time he puts out a movie.

In his image caption, Rogen wrote, “If this is a remotely controversial statement to you, feel free to unfollow me.”

He immediately began receiving comments like, “All lives matter. Because all life is precious. No life is more important than another.”

Rogen came back with a simple “shut the fuck up.”

To other, similar sentiments he replied, “fuck you. Leave,” and “fuck off. You don’t deserve my movies anymore. Stop watching my shit.”

seth rogen explaining it in the simplest way possible pic.twitter.com/UQ24CA1eZf

in a world full of Karens, be a Seth Rogen #BlackLivesMatter pic.twitter.com/f12zV5LU2D

He said what he said. anti racist going to see the next Seth Roger movie #SethRogen pic.twitter.com/QMtWJCqhAB

At least one other surprising celebrity was quickly presented as a contrast to Rogen: Former Nirvana bassist Krist Novoselic, who seemed supportive of the president’s critical comments about outbreaks of violence and looting following otherwise peaceful protests. Novoselic reportedly said the president “knocked it out of the park.”

It’s 2020, and Taylor Swift and Seth Rogen are more woke than Nirvana and Kanye https://t.co/QB1Vrn4PwX

Whatever effect this might actually have on Rogen’s work remains to be seen. Hollywood tends to support liberal causes but an audience for a Seth Rogen film is as likely to be half-full of libertarian-leaning conservatives, who may agree with the star’s stance on issues such as legalized cannabis but not see eye-to-eye with his opinions regarding civil rights and community-police relations.

Then again, theaters are still closed in many places. The state of the entertainment industry, in general, is unstable at the moment, thanks to the coronavirus pandemic.

Either way, even if you don’t agree with Seth Rogen’s approach, it’s always interesting to see celebrities who are more interested in being their authentic selves than in pandering to maintain as large a fanbase as possible.