He follows in the giant footsteps of The Rock, Stone Cold, John Cena and Brock Lesnar. 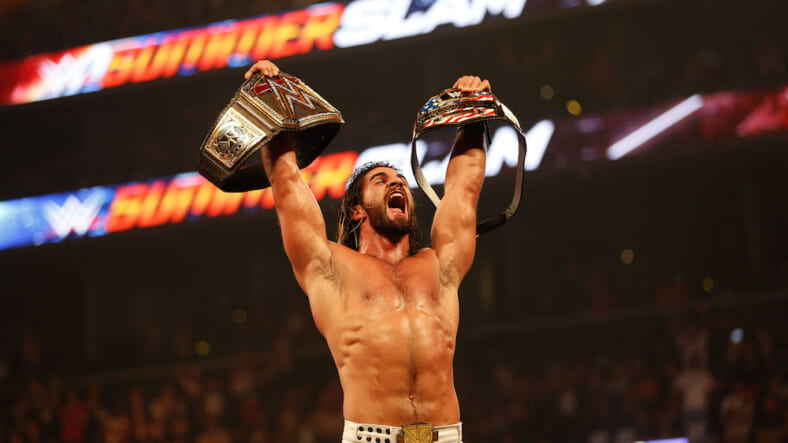 When the WWE and 2K Sports first teamed up in 2014 to launch wrestling’s biggest video game, the brightest star in sports-entertainment graced the game’s cover.

The Rock was followed by John Cena, “Stone Cold” Steve Austin and Brock Lesnar—four titans of the WWE.

Now, Seth Rollins has joined that elite group. The WWE’s most popular good guy will appear on the cover of WWE 2K18, the promotion announced Monday. “It was an honor for me,” Rollins told ESPN. “You look at some of the previous names who have graced the cover of WWE video games over the years and to be amongst those is truly an honor and I’m humbled by it.”

Slapping Rollins on the cover of 2K18 represents a marked generational shift for the game. When Rollins debuted in 2010, the franchise’s previous cover stars were already superstars. Placing the 31-year-old on the cover signals the WWE’s transition away from promoting legacy wrestlers and toward emphasizing the young talent on the roster.

If that shift wasn’t obvious by the choice of Rollins for the cover, the first ad spot for the game makes it crystal clear as Rollins takes a lighter to symbols of some of wrestling’s biggest legends, including The Undertaker, Ric Flair and Andre the Giant.