25 Facts About ‘The Shawshank Redemption’ You Probably Didn’t Know 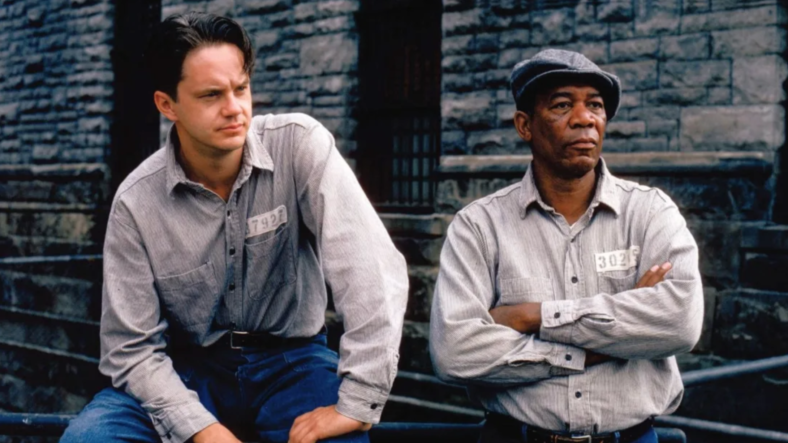 To celebrate the Oscar-nominated film’s 25th anniversary, check out these 25 facts you probably didn’t know about The Shawshank Redemption.

1. The film is based on the novella Rita Hayworth and Shawshank Redemption by Stephen King, which was released in his 1982 collection of short stories, Different Seasons. Two other stories from the collection were also made into movies: Stand By Me (1986) and Apt Pupil (1998).

2. Steven Spielberg told director Frank Darabont that the movie was “a chewing-gum movie—if you step on it, it sticks to your shoe.”

3. King’s short story shares several plot themes with a nine-page short story by Leo Tolstoy titled “God Sees the Truth, But Waits.” Both stories are about men who have been sent to prison for murders they aren’t guilty of.

4. Only two women speak in the movie: one complains about Brooks’s lack of grocery clerk skills, and the other woman helps Andy at a bank.

5. In King’s original story, Andy smuggles $100 into Shawshank in his butt. He uses the money to pay Red $10 for the rock hammer that helps in his escape.

6. Tom Hanks declined to take on the role of Andy Dufresne because he was already committed to Forrest Gump.

7. The mugshot of young Red that is attached to his parole papers is actually Morgan Freeman’s son Alfonso.

9. The Marlboro cigarettes that Warden Norton gives Tommy were not historically accurate because the pack had a surgeon general’s warning on it. Those warnings didn’t actually appear on cigarette packs until the 70s.

10. The movie is set in Maine but was filmed at the Ohio State Reformatory in Mansfield, Ohio. The compound was to be demolished once filming wrapped, but the cellblock and main administrative building were saved and became a tourist attraction.

11. The scene where Andy goes to Red about the rock hammer as Red plays catch was filmed over nine hours and Morgan Freeman played catch for all nine hours. He showed up to the set wearing a sling the next day.

12. According to Darabont, the main inspiration for the style of the film was Martin Scorsese’s Goodfellas.

13. Freeman recorded all of his voiceovers before any scenes of the film were actually filmed, and Darabont would play the audio on set for the actors to listen to and literally act accordingly.

14. What’s more, the audio quality of the pre-recorded voiceovers was so poor that Freeman had to re-record them all.

15. The shot of Andy after he breaks out of prison and raises his arms in the rain was out of focus and unusable each time it was filmed—except for the final take.

16. In close-up shots of Andy, the hands and feet you see aren’t actually his — they’re Darabont’s.

18. Red is a middle-aged Irishman in the original story.

19. The role of Tommy Williams was originally meant for Brad Pitt.

20. In the original story, Red is in prison for killing his wife by disabling her brakes and accidentally killing his neighbor and a child in the process.

22. In Finland, the movie is titled Rita Hayworth—The Key To Escape.

23. Darabont dropped the “Rita Hayworth” part of the name because some thought the film was a Rita Hayworth biopic.

24. Red says Andy walked through “Five hundred yards…the length of five football fields…just shy of half a mile” of sewage before escaping. Five hundred yards is actually less than a third of a mile.

25. The American Humane Association required the maggots that Brooks fed to his crow to have died of natural causes, and the production crew actually complied.