“I’m gonna ride with you till the wheels fall off.” 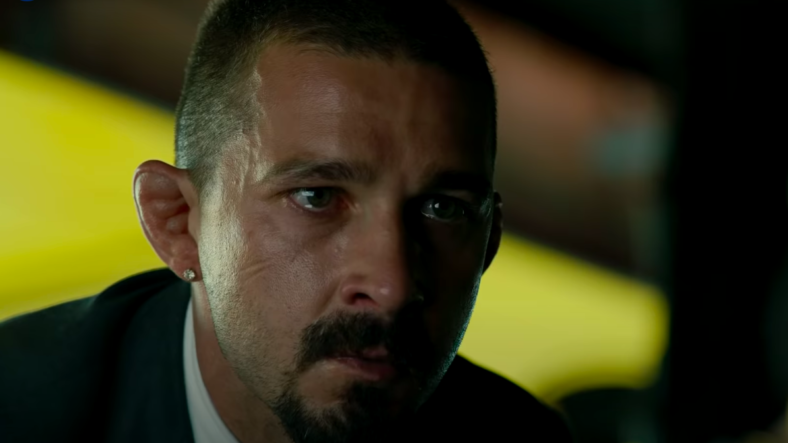 Shia LaBeouf’s days as a frizzy-haired child star are so long gone as to be eclipsed completely by this new trailer for director David Ayer’s Los Angeles-set gangland thriller, The Tax Collector. LaBeouf plays a very bad man named “Creeper,” and even in this preview, it’s obvious he relishes the role.

Here’s the synopsis for The Tax Collector:

David (Bobby Soto) and Creeper (Shia LaBeouf), are “tax collectors” for the crime lord Wizard, collecting his cut from the profits of local gangs’ illicit dealings.

But when Wizard’s old rival returns to Los Angeles from Mexico, the business is upended, and David finds himself desperate to protect what matters more to him than anything else: his family.

Yeah, so basically it looks like two rival crime lords go at each other and Bobby Soto’s David may lose his kids in the process.

As the John Wick movies proved with puppies, when cuteness in the form of kids or animals is in peril, violence is the answer. Seriously, though, LaBeouf may have made more news for personal issues in his 20s and early 30s than his acting, but here again is a pretty good reminder that he can completely disappear into a character when he wants to, because he certainly comes across as the kind of man you don’t want on your doorstep asking for his money.

Suicide Squad director David Ayer wrote and directed The Tax Collector, which will be available in theaters, VOD and Digital HD on August 7, 2020.