The First Trailer for Shia LaBeouf’s John McEnroe Movie Is Here, And Now We Want a Perm 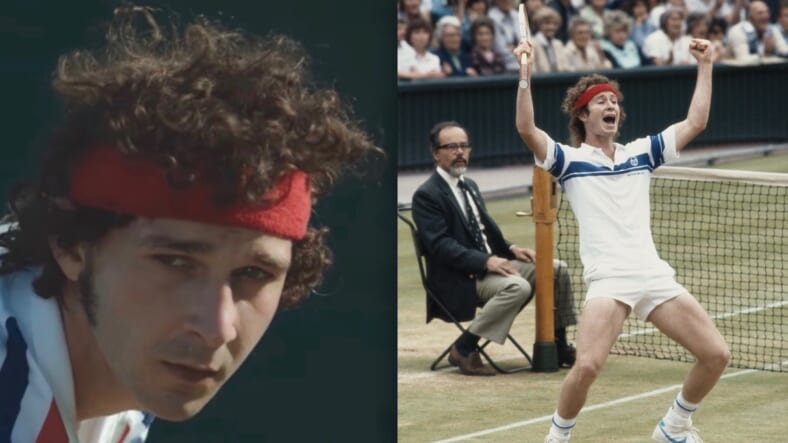 When we learned actor/”performance artist” (crazy person) Shia LaBeouf had been cast as tennis legend John McEnroe, we made a face similar to this one…

But the first trailer for the film, Borg/McEnroe, just premiered online, and LaBeouf looks perfect to play the notoriously hot-heated sports star.

The film, which is mostly in Swedish, is primarily focused on Bjorn Borg, McEnroe’s longtime rival from across the pond. Their legendary showdown at the 1980 Wimbledon tournament is prominently featured.

As is McEnroe’s famous temper. Just a brief clip of LaBeouf in his ’80s tennis gear proves this may be a brilliant piece of stunt casting.

Borg/McEnroe is set to hit theaters on September 15.