Shia LaBeouf Knows He Is a ‘Caricature’

The bad boy actor acknowledges what drew him to the John McEnroe biopic. 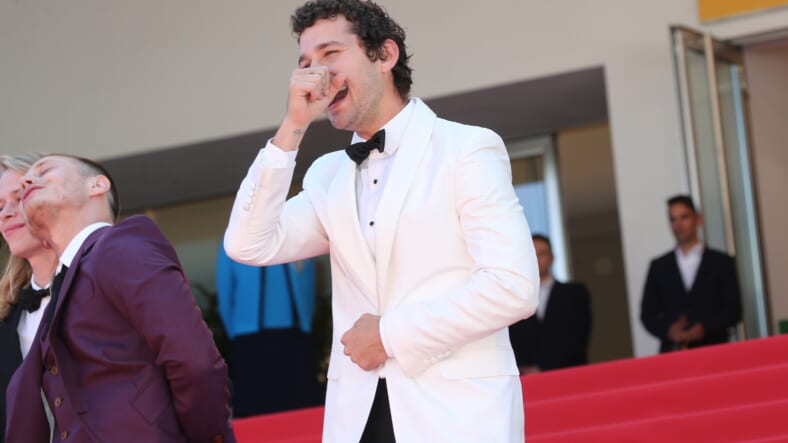 Shia LaBeouf is set to star in an upcoming biopic about temperamental tennis champion John McEnroe, and he’s really, really excited about it. If you ever wondered if LaBeouf was aware of how he is perceived by the public,  you can rest assured he’s got a pretty realistic view of his own image.

In an interview with Variety, LaBeouf talks about how he was lucky that he and McEnroe’s lives had plenty of parallels to draw from. Asked what the two had in common, LeBoeuf said, “Everything in common. Passionate. Perfectionist. Narcissistic. I’m a bit of a caricature also.”

Ain’t that the truth. LaBeouf, who has worked with a number of Scandinavian directors throughout his career — including Lars von Trier and Janus Metz Pederson, who’s directing the McEnroe movie — minced no words in describing his preferences for non-American filmmaking.

“[Scandanavians] make better movies. Scandinavian filmmaking is different,” he said. “It’s a different pace, a different relationship to the crew — the bonds are different.”

Apparently, LeBoeuf is not interested in American filmmakers’ silly preoccupation with plot: “They make movies about people in Europe. In America, they make fewer films about people, more about plot. Those aren’t interesting to me.”

Okay. But what is interesting to LaBoeuf is what he apparently thinks the upcoming biopic will do for his career. “This is epic,” he said. It’s fucking epic. This is the biggest movie I’ve been in lately.”