Should Movies Have Sex Scenes? A Reddit Debate Has Divided The Internet

Where do you stand on this very important issue? 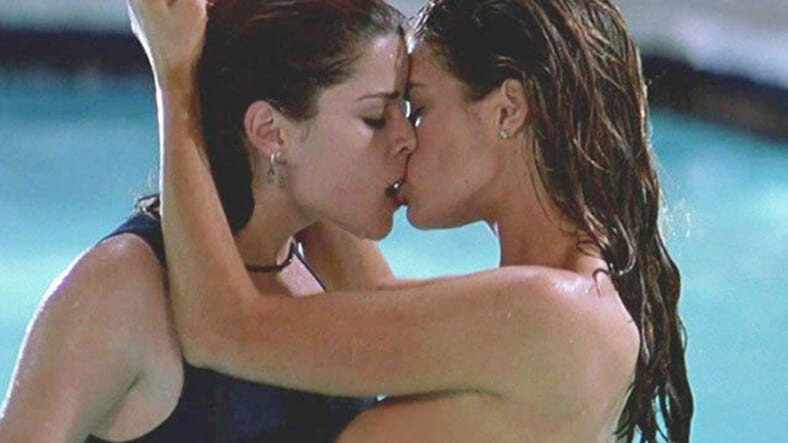 A Reddit user sparked the debate of the century when they posted a very important statement on the website’s “unpopular opinions” board: “Sex scenes in movies are usually completely unnecessary, add nothing to the plot or character development, and just make me feel uncomfortable.“

While it’s a definitive statement that sex scenes make everyone uncomfortable when you watch them with your parents, this Reddit thread is definitely open for discussion.

In the post’s poll, 592 users voted in support of the opinion, and 157 voted against it. Hmm. Sounds like those 592 people have never seen Neve Campbell and Denise Richards make out in a pool in Wild Things. But anyway….

One person explained a different point of view: “I usually just skip them. They feel pointless and awkward and detract from the film. Especially when it’s an actor I’m quite familiar with, then I just get that weird feeling as if I was secretly spying on a friend having sex. No thanks.”

But others beg to differ and claim that sex scenes definitely add to the movie and are absolutely necessary — not for sexy purposes, but to tell us more about the character.

For example, that one steamy sex scene from Black Swan involving Natalie Portman and Mila Kunis. “The scene in Black Swan does have a point though. It’s used to show the sexual maturation of the character,” one user argues.

Here’s another valid point from a fan of GoT’s steamy scenes: “I actually like Game of Thrones ‘sex’ scenes – because it doesn’t make it a 5 minute affair. They show tits the two people make out for a second then they move on..

“I hate when there’s like 5+ camera shots dedicated to the scene of them screwing.”

Well, what do you think? Should movies have sex scenes, or are they cringey and useless? Discuss.