Book a stay now or else you’ll get the hose again. 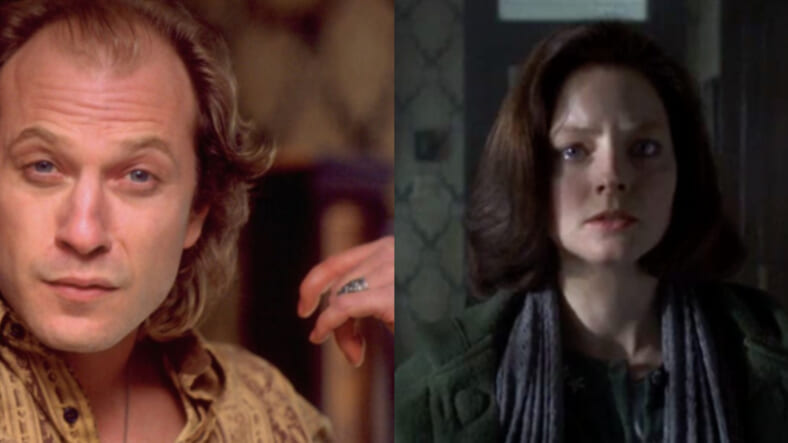 Thirty years ago this month, on Valentine’s Day, 1991, Silence of the Lambs premiered in theaters around the world. Featuring no-holds-barred performances from Jodie Foster as FBI trainee Clarice Starling and Anthony Hopkins as incarcerated genius serial killer Hannibal Lecter, it was one of the best horror movies of the 20th century and remains a pop-culture touchstone today.

A Pennsylvania home that was featured in the movie as the hideaway for skin suit enthusiast serial killer Jame Gumb—nicknamed Buffalo Bill in the movie and played with appropriate weird intensity by Ted Levine—was recently for sale.

Now TMZ reports it’s been purchased and the home’s new owner has some interesting plans for. the 4-bedroom, 1-bath residence.

That’s right … the creepy house where the fictional serial killer lived — and tortured folks — is now being converted into a bed and breakfast in Perryopolis, PA. It was recently sold after hitting the market back in October for around $300k.The new owner — theatrical art director Chris Rowan of NY — says he’s planning to give the property a makeover of sorts, but in a creepy way that’s faithful to the movie.What that means exactly … installing decor that fans might recognize from the film, including a replica of a well — JUST LIKE THE MOVIE!

If you have a morbid-enough sense of humor, it actually sounds like a fun getaway. TMZ didn’t have many more details other than that the house is over 100 years old and one of the previous residents was, oddly enough, an FBI Agent.

Hopefully, anyone who ever finds themselves staying there once the new owner has the house ready for guests won’t have to really worry about skin suits or FBI agents showing up seeking serial killers.

If you go there and hear Q Lazzarus singing “Goodbye Horses” in the cellar, however, you should probably run.