‘Silver Surfer’ Is Getting His Own Standalone Marvel Movie

He won’t have the Fantastic Four in his way. 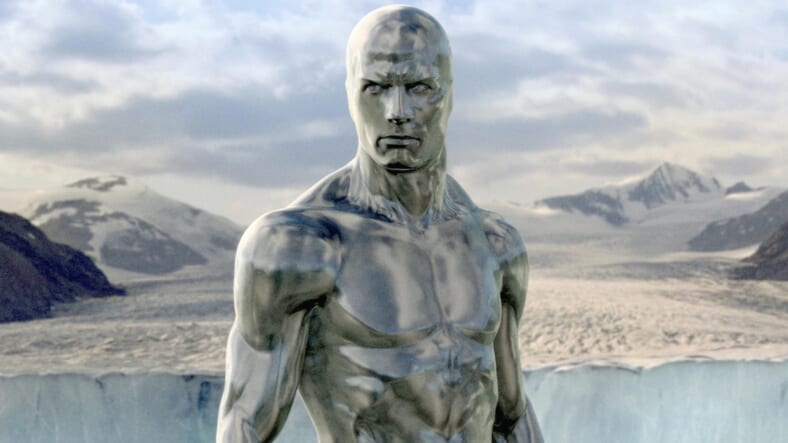 A new report on Disney’s acquisition of much of 20th Century Fox disclosed an industry secret—that a standalone Silver Surfer movie from Marvel is in the works.

He is the humanoid superhero with silver skin who speeds through the air on a metallic surfboard, seemingly affixed to his body.

He was last seen on the big screen in the 2007 movie Fantastic Four: Rise of the Silver Surfer, with a bleach blonde Jessica Alba by his side.

The report also mentioned a standalone Doctor Doom movie is coming out as well as six new X-Men movies by 2020, although this news was already known,

There is a chance the Silver Surfer will be a more family-friendly superhero, unlike the foul-mouthed Deadpool and more like the Fantastic Four movies of a decade ago.

The Hollywood Reporter notes that filmmakers and execs at Marvel Studios have anxieties over “Disney’s aversion to R-rated superhero movies that Fox has championed.”

The script for Silver Surfer is currently being developed by Brian K. Vaughan, co-creator of Saga, Y: The Last Man and Runaways.