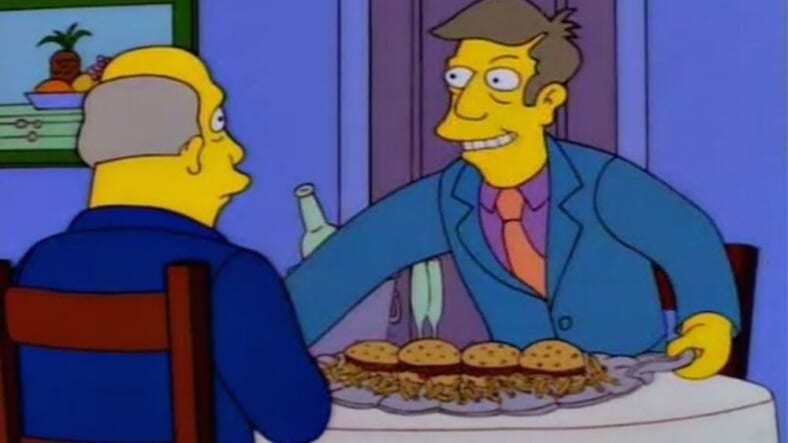 Arguably the funniest scene from The Simpsons (and perhaps ever written) is the “Steamed Hams” gag from Principal Skinner.

You remember it: In 1996’s incredible “22 Short Films About Springfield” episode, Skinner has Superintendent Chalmers over for an “unforgettable luncheon” that ends with him burning his roast, serving fast food hamburgers he calls “steamed hams” and insisting the fire in his kitchen is the Aurora Borealis, among other absurdities.

It’s not necessarily what’s happening, but the lengths Skinner goes to cover it all up in his usual stone-faced demeanor.

Now you can read the scene as it was intended to be told. Writer Bill Oakley, who takes credit for the iconic scene, has shared the original draft on Twitter.

It’s just as brilliant now as it was over 20 years ago.