The pioneering thrash band is going to make it “Reign in Blood” one last time. 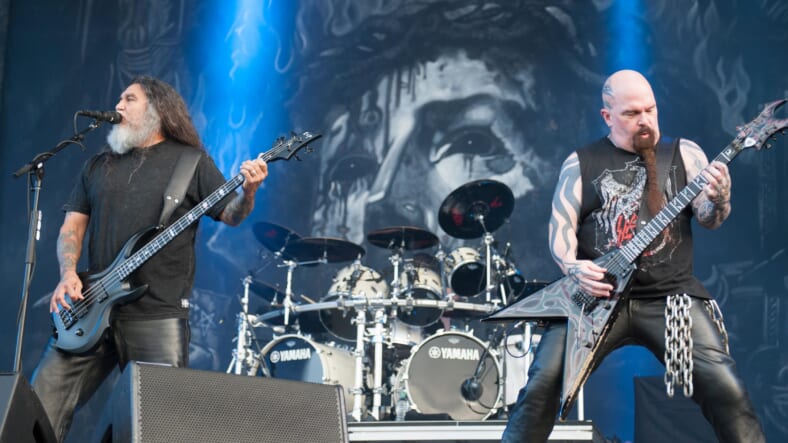 Slayer is calling it a career–at least as far as live concerts are concerned.

The pioneering thrash metal band–which kickstarted the fast and loud movement along with their guitar-chugging comrades in Metallica, Megadeth and Anthrax–announced that they’ll embark on “one, final world tour” with a YouTube video filled with photos taken over their landmark 37-year career.

Dates haven’t been officially announced, but Slayer confirmed that they’ll be joined by Lamb of God, Anthrax, Testament and Behemoth by posting this awesome tour flier.

Because of a certain t-shirt debacle, we’re guessing the Kardashians won’t be coming out to see Kerry King, Tom Araya Gary Holt and Paul Bostaph shred for the last time.