Marilyn Manson Is Touring With Slipknot This Summer

Start washing all your black t-shirts and jeans immediately. 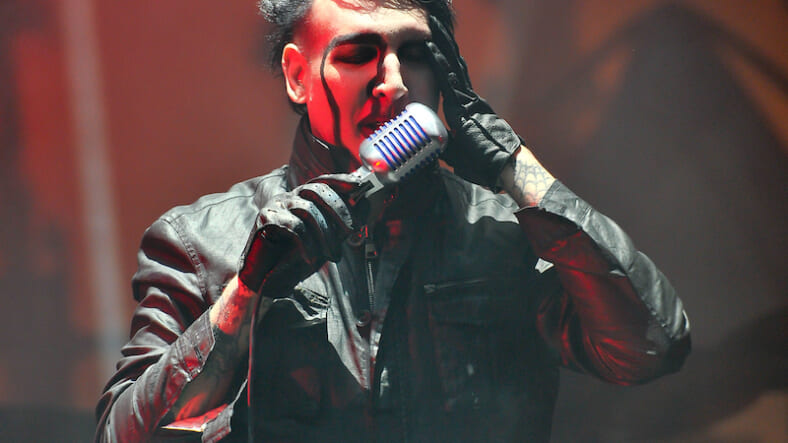 Sometimes summer can be overwhelming with all its near constant sunshine, fully bloomed flowers, and chirping birds. A great way to break up the monotony of happiness is to stand in a sweaty dark room and just scream and scream and scream. Marilyn Manson and Slipknot will provide the perfect opportunity to do so: they just announced a joint tour for Summer ’16.

The tour will start off in Utah (evil) and hit up almost every major city in the U.S. The actual dates haven’t been announced yet, but you can eyeball all the cities they’ll be making stops in over at NME.

You may want to consider spending the time leading up to whichever show date you attend by practicing that weird foot stomp and bird hands dance that dudes do at industrial/metal/goth shows. You know, like this: