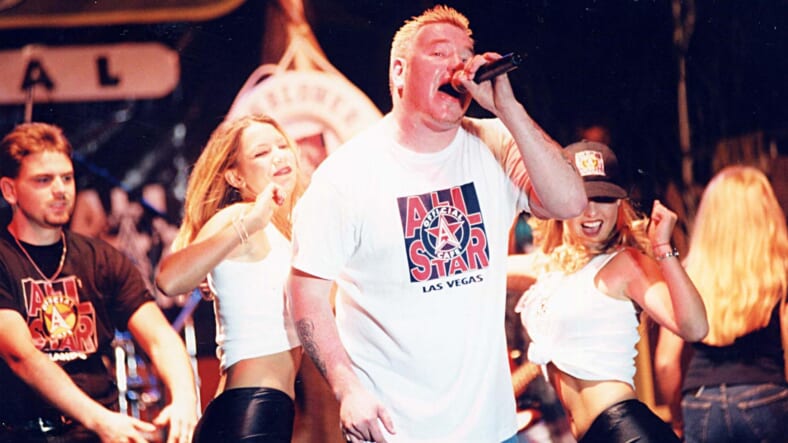 All Andrew Goldstein wants for his birthday is some “All Star” treatment from Smash Mouth, and he has a plan to get it.

Likely as a joke, the L.A.-based record producer tweeted the following proposal at the late-’90s/early-’00s hitmakers:

“Hey smashmouth if I wear a piece of Smash Mouth merch every day of January & document it, will you perform acoustic at my bday party on March 17th?”

It’s worth noting here that Goldstein has some juice in the music biz—he’s produced and/or co-written songs for Linkin Park, Demi Lovato and Britney Spears, to name a few big stars.

When Smash Mouth tweeted back, the apparent superfan promised to follow-up with them at the end of January.

Then, the “I’m a Believer” rockers fired back with conditions of their own. Goldstein will have to find 30 different pieces of merchandise if he wants his dream to come true.

rule: A diff piece every day. You can't use the same piece of merch for more than 1 day.

On his own accord, he even promised to wear only authorized Smash Mouth gear.

That may be tricky, as their official website doesn’t have a merch section. Hopefully these shirts from Redbubble are legit: