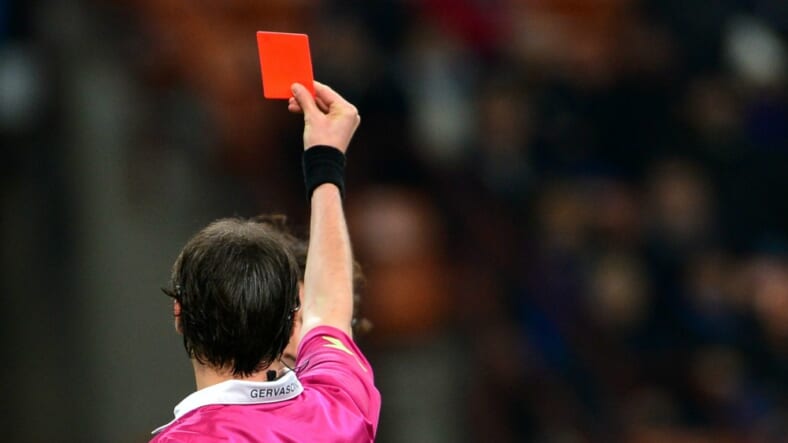 An Argentine soccer ref was killed on Sunday after a player he ejected from a match came back onto the field and shot him.

The horrifying scene went down during an amateur match in Argentina’s Córdoba province. After 48-year-old ref César Flores showed a player a red card, the hothead left the pitch and got a gun from his backpack. After he returned to pitch, the player shot Flores three times—in the head, neck and chest, according to local reports. Another player was also shot in the chaos, but he’ll reportedly recover from his wound.

There’s an ongoing manhunt in Argentina for the shooter, who hasn’t been identified.

Gruesome as it is, this kind of thing isn’t as much of a shock in Argentina as it would be pretty much anywhere else. The country has seen a rash of soccer-related violence in recent years. Players have been beaten to death and maced by rival fans. Matches turn into melees, even when they’re preseason friendlies.

The problem has reached such alarming levels that last December the country’s incoming security secretary spoke of creating an “elite force” of officers to curtail fan violence.

Soccer: Not worth dying over.