Sansa Stark is having a NSFW moment. 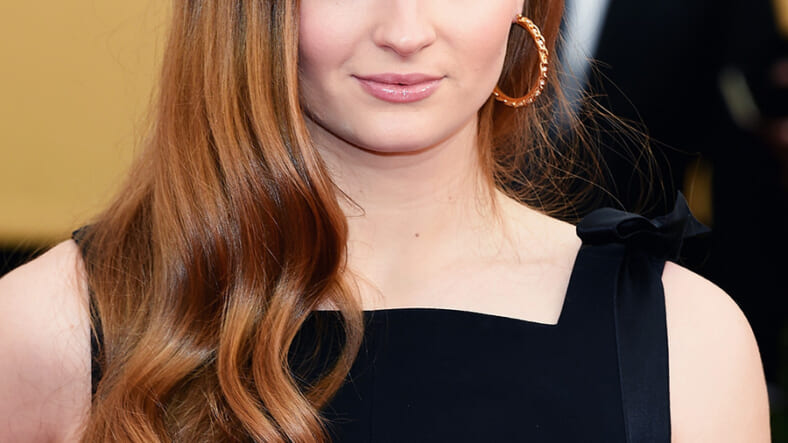 Recent evidence has pointed to the making of X-Men: Apocalypse to have been comparable to a counselor-free summer camp, complete with dubstep dance-offs and a even a bit of crotch punching. Franchise newcomer and Game of Thrones favorite Sophie Turner is one cast member in particular who has shown to be quite the wild child when she ventures far away from the fictional land of Westeros.

During a recent Buzzfeed interview with X-Men actor James McAvoy, the British beauty admitted that newly-minted telepath Jean Grey has a penchant for bursting into song while on set—but her lyrics aren’t exactly words you’d want sung at your cousin’s bar mitzvah.

“I’m Gonna Make Your Pussy Pop,” is a track that you could easily mistake for something off of Nicki Minaj’s 2014 album, The Pinkprint, but don’t be fooled. We’re not sure what’s the inspiration behind this epic original rhyme from Turner, but after listening to her drop rhymes of the raunchy rap between co-stars Olivia Munn and Evan Peters, we sense a budding career for this actress-on-the-rise.

Everyone needs a back-up plan, right?