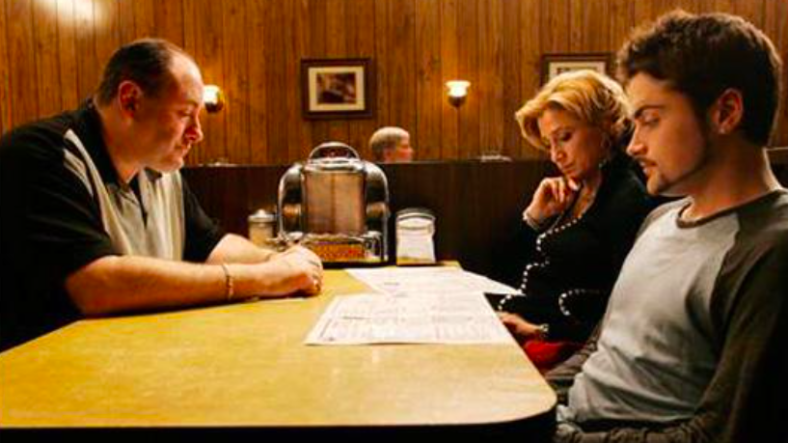 The Sopranos creator David Chase has finally answered one of the more burning questions in TV history, reports The Independent: Did Tony Soprano get whacked at the end of the series or not?

And Chase didn’t even mean to put the mystery to rest.

The moment is iconic. In the June 10, 2007 finale, “Made in America,” James Gandolfini’s Tony Soprano is meeting his family for dinner at Holsten’s Diner. There’s an ongoing battle between New York and New Jersey mafiosi and a character who may or may not be a hitman enters the diner.

As Journey’s “Don’t Stop Believin'” plays, the screen cuts to black. The question has always been whether that cut was the final moment of the series and Tony’s life—his reality fading to nothing because he was shot in the head, most likely.

Spoiler ahead: In a leaked recording of a discussion with Chase’s co-author Alan Sepinwall, made for the book The Sopranos Sessions, Sepinwall asked, “When you said there was an endpoint, you don’t mean Tony at Holsten’s, you just meant, ‘I think I have two more years’ worth of stories left in me.'”

Another co-author, Matt Zoller Seitz, jumped in: “You realize, of course, that you just referred to that as a death scene.”

But really, there you go. Seventeen years’ worth of mystery solved in a slip of the tongue, no taking it back now. Chase, who had always been mischievously cagey about the moment, has finally told us the truth: Tony died at the end.

Even though Gandolfini himself passed away in 2013, Tony Soprano will be back. The actor’s son Michael will portray a young version of the character in a prequel, Newark, which will see a coronavirus-delayed debut on March 12, 2021.