It’s called ‘The Many Saints of Newark,’ and we can’t friggin’ wait. 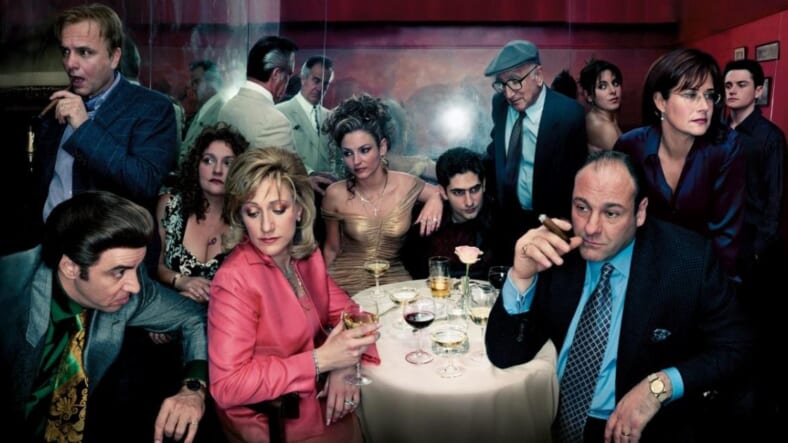 The Sopranos are coming back!

Series creator David Chase is bringing back HBO’s beloved mob epic in the form of a prequel movie dubbed The Many Saints of Newark.

Deadline got the scoop and has further details:

New Line has purchased the screenplay The Many Saints of Newark, the working title for a feature prequel of The Sopranos that is set in the era of the Newark riots in the 60s.Chase will serve as producer as well as co-writer, and he will be involved in selecting a director.

Some of the show’s greatest characters will reportedly appear amid a gritty new backdrop centered around bloody Newark street battles between African-Americans and Italians.

The time period indicates there will be room for Tony Soprano’s father, Giovanni “Johnny Boy,” the former captain of the Soprano crew (played in flashbacks by Joseph Siravo), and a younger version of his wife Livia (played indelibly in the show’s first season by Nancy Marchand), and Tony’s uncle Junior, played by Chianese.

Warner Bros., New Line Cinema’s parent company, recognized the magnitude of acquiring the rights to The Many Saints of Newark.

“David is a masterful storyteller and we, along with our colleagues at HBO, are thrilled that he has decided to revisit, and enlarge, the Soprano universe in a feature film,” said Warner Bros Pictures Group chairman Toby Emmerich.

The Sopranos won 21 Primetime Emmy Awards and five Golden Globe Awards over its six-season run from 1999-2007.