It’s one of the richest deals in TV history. 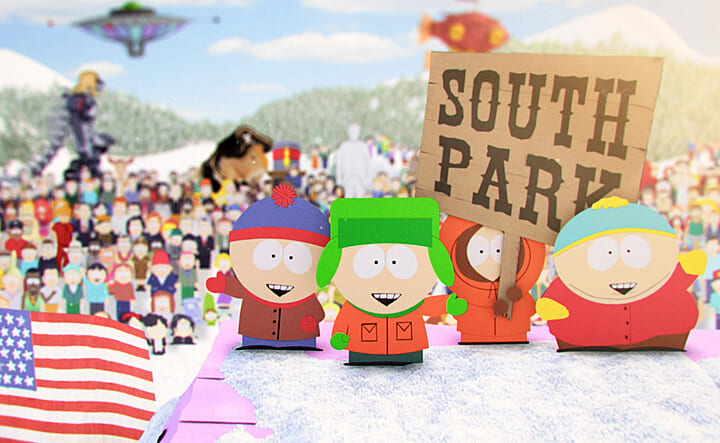 The creators of South Park have signed a massive new deal with ViacomCBS that will pay them more than $900 million over the next six years, one of the most lucrative deals in TV history.

Trey Parker and Matt Stone will use the money to make new episodes of South Park for Viacom’s Comedy Central network and to create several spinoff movies for the company’s Paramount+ streaming service, reports Yahoo! Finance, which revealed that the first project under the new deal will be a movie set in the world of South Park set to debut before the end of 2021.

The deal with Parker and Stone is the clearest sign yet of ViacomCBS’s growing commitment to Paramount+. The streaming service trails the likes of Netflix and Disney+, but has added millions of subscribers since it rebranded in March. ViacomCBS is looking to the addition of “South Park” movies to accelerate its growth. The series remains the most popular TV show on Comedy Central.

As giant media and technology companies compete in the streaming wars, the value of franchises like “South Park” has soared to record heights. Few, if any, production teams have managed to capitalize on the changes in the home entertainment landscape better than Parker and Stone, who own 50% of all online rights to the show.

The historic new deal, which runs through 2027, will cover six more seasons of South Park and includes 14 made-for-streaming movies.

“We did a ‘South Park’ movie in 1999, and we’ve never done another one because the show has been so satisfying,” Stone told Yahoo. “Now we’re older, and the idea of what streaming movies can be is pretty promising.”

“We do whatever we want, and they are pretty supportive of it,” Stone continued. “We’re the luckiest guys in TV in that way.”

South Park has now been on the air for 24 years, making it among the longest-running series in TV history, outliving every Comedy Central show except The Daily Show.