Get spirited away with these world-renowned Japanese gems. 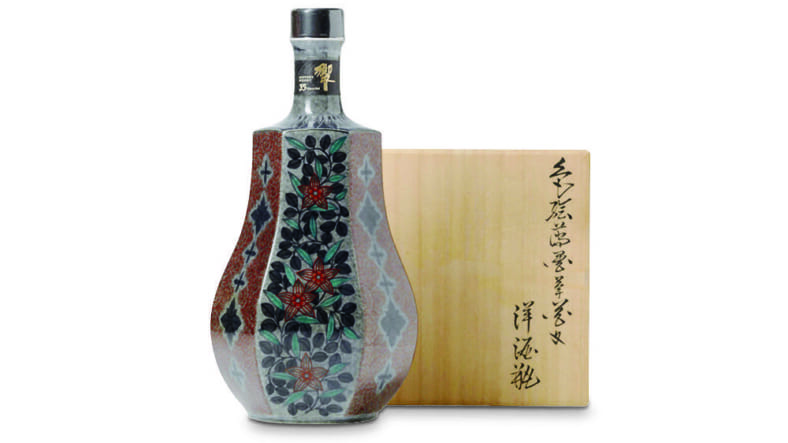 If you happen to regard yourself as a whisky fundamentalist, you may want to plug your ears. Many of the rarest and most acclaimed single malts and blends don’t actually come from Scotland or Kentucky anymore. Over the last decade, Japan has slowly and methodically come to dominate the category, sweeping awards and earning record prices at auction. As the third largest producer of whisky on the planet, it now even outranks Ireland.

Japan’s single-malt tradition dates back to 1923, when Shinjiro Torii established Yamazaki, the country’s first malt-whisky distillery, but it owes an even greater debt to Masataka Taketsuru, who moved to Scotland in 1918 to learn the art of distilling and returned to found the Nikka brand in 1934, which has influenced the country’s craft ever since. But it wasn’t until 2001, when Nikka’s Yoichi 10 Single Cask won Whisky Magazine’s coveted Best of the Best in a blind tasting, that anyone in the West took much notice.

Then, in 2003, Suntory claimed the top award for its 30-year-old Hibiki at the International Spirits Challenge—and never looked back. Over the next 13 years, Suntory has crushed the competition, with its 18-Year Yamazaki winning six consecutive Double Gold Medals at the San Francisco World Spirits Competition. In 2015, Yamazaki’s Sherry Cask 2013 was named World Whisky of the Year by Jim Murray of Whisky Bible, the leading authority in all things malt. For the first time, not a single Scottish whisky even made the top five.

And now the market has caught up. At a major Bonhams auction last year, a single 700ml bottle of 1960 Karuizawa 52-year-old “The Cockerel” sold for $118,465, the highest price ever paid for a Japanese whisky. And Hanyu Ichiro’s Full Cards Series, a 54-bottle special-edition set, made history with a gavel of $489,635.

For aspiring collectors, here’s a short list of the five greatest whiskies ever to emerge from the land of the rising sun.

1. Karuizawa 52-Year-Old, “The Cockerel” (pictured above) One of the oldest single-malt Japanese whiskies ever auctioned, “The Cockerel,” which is known for strong earthy notes of aged wood, rich cocoa and vanilla bean, sold for a record $118,465.

2. Yamazaki 50-Year-OldReleased in a limited edition of 150 bottles in three separate expressions, a dram of this rare nectar is hard to find for less than $65,000 these days. Flawlessly aged in mizunara oak casks, flavors of intense spice, umami and supple hints of smoke are captured inside an exquisite crystal bottle with hand-etched lettering.

3. Hibiki 35-Year-OldHoused in a unique ceramic hexagon engraved by the 13th Imaemon Imaizumi, an artist who’s considered a living national treasure in Japan, a single bottle from the limited series of 150 sold for $17,376 at Bonhams’ Old & Rare Whisky auction in Hong Kong this year. Expect persimmon, plum, aged honey and a light, crisp citrus finish.

4. Hibiki 30-Year-OldThe anchor blend of the house of Suntory has earned top prize at the International Spirits Challenge and multiple World of Whisky awards. Aged a minimum of 30 years from Yamazaki and Hakushu malts, it’s presented in a 30-faceted bottle—one for each year of the process. It brims with fruit, cinnamon, sweet toffee and oaky spice.

5. Yamazaki 18-Year-OldThe eight-time Double Gold Medal winner at the San Francisco World Spirits Competition is arguably Suntory’s nest and most provocative single malt, garnering the most acclaim at an approachable price point of about $300—if you can find it in stock. Mizunara oak aging produces a long, smooth finish with a raisin, café-au-lait nose.