Now this is how you Spring Break. 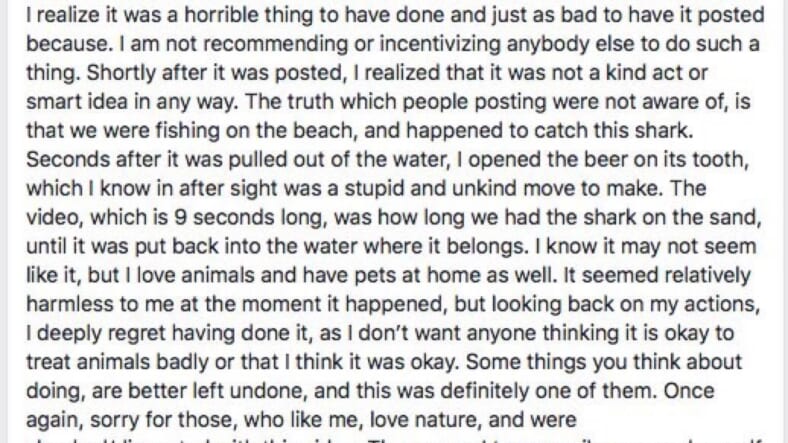 The hallowed American tradition of Spring Break would be nothing without reckless behavior and, sometimes, getting into sticky situations with sea animals.

While raging out on the beach, two bros were filmed using the teeth of a live shark to shotgun a beer. It sounds entirely implausible, but that’s probably because you’re just not spring breaking hard enough.

Now, the bros are catching flak from lame Internet trolls (“bloggers”) who are probably just upset they weren’t invited. One of the party guys, Giorgio D’Auria, posted a lengthy Facebook apology, before deleting his account.

But plenty of folks have done crazier stuff on Spring Break. There was that time a guy dove into a shark tank for a quick thrill, that time a woman twerked on top of a moving car in Miami, and all the ungodly things Vanessa Hudgens and Ashley Benson did in Spring Breakers.

Y'all gotta stop jumping in shark tanks (but if you do, send the videos to instagram@totalfratmove.com)

Woman twerks on top of car on Miami's MacArthur Causeway because Miami. And because Spring Break. h/t @pcurry80 pic.twitter.com/tBFkdVw9x2