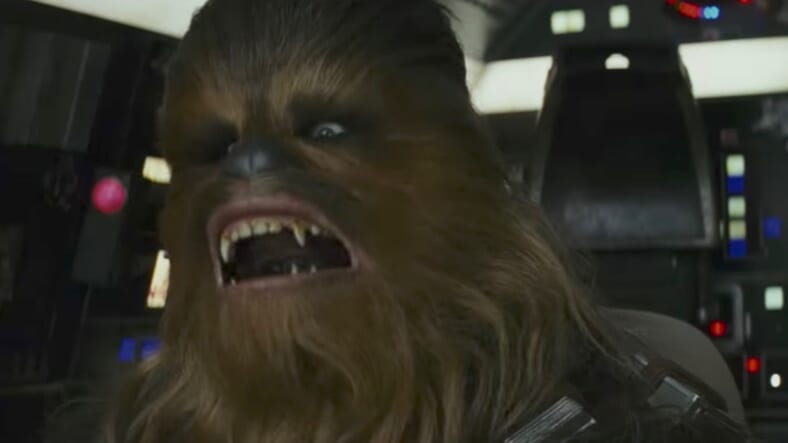 You bet your Jedi butt our reactions are on par with these epically surprised faces from Chewbacca and Porg after the spot debuted during Game 7 of the World Series Wednesday night.

In the shiny new 45-second trailer, we see Luke Skywalker make his long-awaited return to the Millennium Falcon, Finn battle it out with Phasma and Rey go totally postal.

There is some speculation on the Internet that Rey could be joining the Dark Side and that the last shot of her raising her lightsaber could be her about to kill Skywalker.

Towards the end, Skywalker cautions, “This is not going to go the way you think.” So what we think we know about the film… is what we shouldn’t think.

Solve that puzzle when Star Wars: The Last Jedi swoops into theaters on December 15.