“Episode VIII was a travesty. It completely destroyed the legacy of Luke Skywalker and the Jedi.” 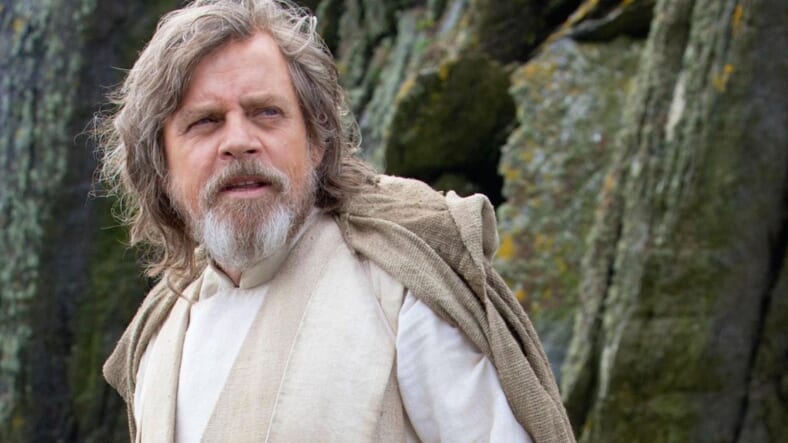 Star Wars: The Last Jedi made over $200 million in its opening weekend and earned out-of-this-galaxy reviews, garnering a 93 percent approval rating on Rotten Tomatoes.

But look to the right of the Tomatometer, and you’ll see that audiences only gave it a 56 percent approval rating, the lowest of any Star Wars film ever. Despite how much the critics love it, some fans really, really do not.

Their disappointment is so grave that one even started up an official petition on Change.org for The Last Jedi to be blotted out from the Star Wars canon altogether.

“Episode VIII was a travesty. It completely destroyed the legacy of Luke Skywalker and the Jedi. It destroyed the very reasons most of us, as fans, liked Star Wars,” the petition, which mostly took issue with Luke Skywalker’s darker character arc, reads.

“This can be fixed. Just as you wiped out 30 years of stories, we ask you to wipe out one more, the Last Jedi. Remove it from canon, push back Episode IX and re-make Episode VIII properly to redeem Luke Skywalker’s legacy, integrity, and character.”

The petition then effectively gets down on two knees and begs for Skywalker to be redeemed.

“We stuck by you when you did things that hurt us before, so we ask you now, please don’t let this film stand. Don’t do this to us. Don’t take something so many of us loved so much and destroy it like this. Let us keep our heroes.”

This is all a little “extra,” if you ask us, but the petition already has over 1,000 signatures, just a few hundred behind the official 1,500 required for it to be formerly delivered to The Walt Disney Company.