‘Star Wars: The Phantom Nothing’ is a must-watch. 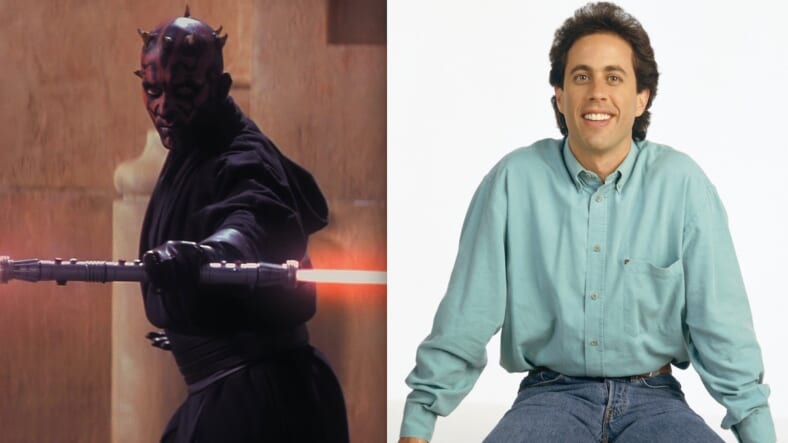 Depending on who you ask, The Phantom Menace is the worst installment in the Star Wars franchise.

The plot? Dull. Jar Jar Binks? Goddamn annoying. And how about all those random Seinfeld sound effects?

That last part didn’t actually happen. But a new video posted to YouTube, titled “Episode I: The Phantom Nothing,” places sound effects from the ’90s sitcom “about nothing” into that definitive saber-showdown between Obi Wan, Qui Gon Ginn and Darth Maul.

Because why the hell not?

This is not the first time Seinfeld has unexpectedly appeared in an iconic franchise. Another viral video placed clips of Jerry Seinfeld driving a car into some car-chase sequences from Fast and Furious.

Hey, that all ain’t nothing!