‘Star Wars: Episode IX’: Watch the First Trailer for ‘The Rise of Skywalker’

May the force be with you. The first trailer for ‘#StarWars: #TheRiseOfSkywalker’ is finally here. 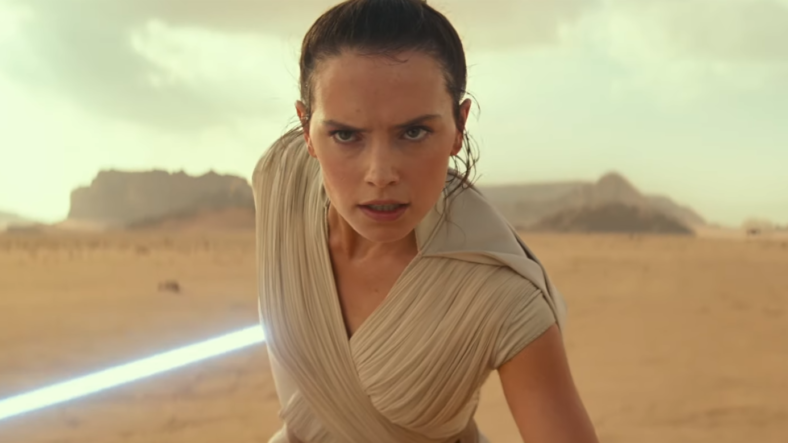 The first trailer for Star Wars: Episode IX, officially titled Star Wars: The Rise of Skywalker, is here, and it looks like it’s about to end the Star Wars saga with a bang.

As Variety notes, the opening scene depicts Daisy Ridley’s Rey panting in a vast desert, a la the intro to The Force Wakens trailer.

We then get shots of Kylo Ren fighting his way through a forest; Lando and Chewbacca piloting the Millennium Falcon; Finn, Poe and C3PO flying through the desert; and previously unused footage of the late Carrie Fisher, including a shot of what appears to be her hands holding a Medal of Bravery, which she previously awarded to Luke and Han Solo in Star Wars: A New Hope.

Perhaps most significantly, though, is the ending reveal. It shows Rey and crew looking at what looks to be Death Star wreckage, and closes with an evil laugh that sounds a lot like Supreme Chancellor Palpatine.

Rowdy fans got to see the first look at the hotly anticipated movie live at the Star Wars Celebration event in Chicago.

Abrams confirmed that The Rise of Skywalker will bring George Lucas’ 40-year-old sci-fi franchise to an end.

“This movie, in addition to being the end of three trilogies, it also has to work as its own movie,” said Abrams.

“It’s about this new generation and what they’ve inherited the light and the dark, and asking the question as they face the greatest evil, are they prepared? Are they ready?”

Star Wars: The Rise of Skywalker debuts in theaters on December 20.