It doesn’t get more realistic than this. 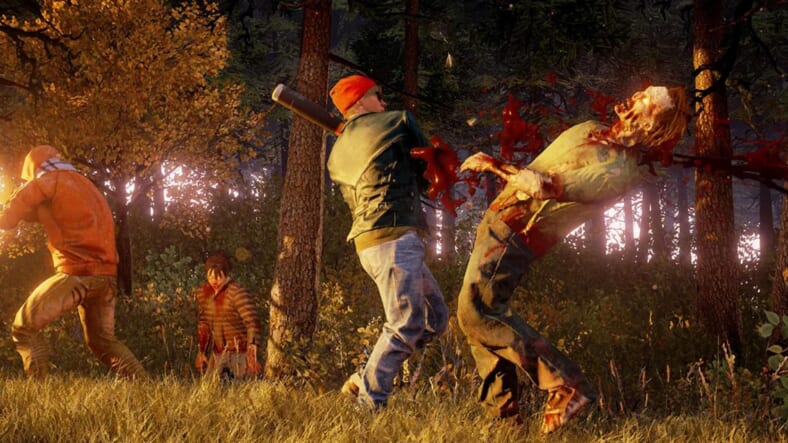 Get into some realistic zombie survival or take to a galaxy far, far away in the two biggest video games of the week.

Picking up 18th months after the original, State of Decay 2 is an even more robust take on survival in the zombie apocalypse. Built largely around the strategy of building and maintaining a full community as humanity dwindles, State of Decay has many unique aspects that set it apart from the huge landscape of zombie games out there.

The game blends many elements from both the real time strategy and RPG genres and leaves you with the choices of how and where you’ll be building your strongholds, assembling your squads, divvying your resources and dealing with any sort of emergency situation, against the zombie horde or the malcontent humans who wander the world. State of Decay 2 is also introducing online co-op with up to four players. It’s a live together or die alone situation that you rarely find in video games, and it comes with the consequences of actual permadeath, where foolish or cavalier choices can leave any one of your or your teammates’ squads losing members forever.

It’s a game that requires thoughtful planning and adds gravity to any of your decisions because there may be rewards, but the risks can take away your most leveled-up characters in the blink of an eye. Microsoft’s zombie exclusive drops everywhere on May 22nd, but gamers who opt for the ultimate edition can be playing days earlier. (Buy)

Starting May 16th, Star Wars Battlefront II is celebrating the upcoming release of Solo: A Star Wars Story by giving fans a reason to return to the game and get their Han on. The special occasion season will take gamers through moments from the original trilogy and drops locations like Jabba’s Palace into several of Battlefront II’s game modes.

There’s also a new Hero Showdown mode where you and friends can compete 2v2 with some of the most iconic characters from the Star Wars universe like Han, Lando and Leia, a bunch of new appearances for classic characters and a Starfighter Custom Arcade mode where you can grab the sticks of TIE Fighters, X-Wings or even the Millennium Falcon, just to rock around and have some fun. (Buy)