“He could not go on any longer.” 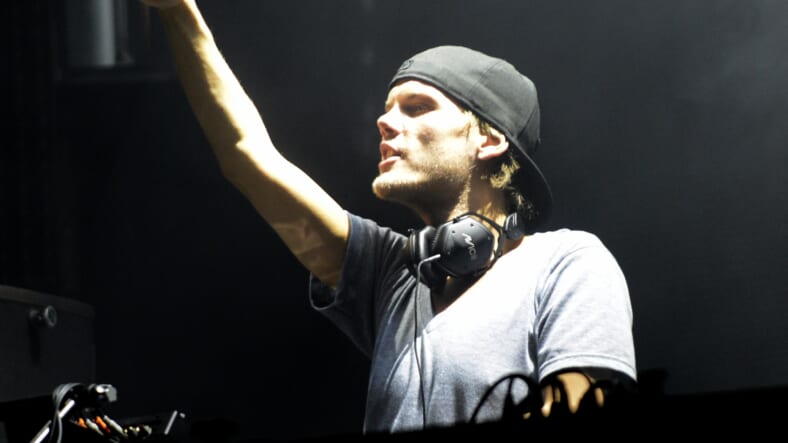 A new statement from the family of Avicii, the Swedish DJ who passed away on April 20, implies that he took his own life.

The message, which refers to the deceased artist by his birth name of Tim Bergling, mentions his struggles with “thoughts about meaning, life [and] happiness” and says that “he could not go on any longer.”

Read it in full below, per the New York Post:

Our beloved Tim was a seeker, a fragile artistic soul searching for answers to existential questions.

An over-achieving perfectionist who travelled and worked hard at a pace that led to extreme stress.

When he stopped touring, he wanted to find a balance in life to be happy and be able to do what he loved most – music.

He really struggled with thoughts about Meaning, Life, Happiness.

He could not go on any longer.

He wanted to find peace.

Tim was not made for the business machine he found himself in; he was a sensitive guy who loved his fans but shunned the spotlight.

Tim, you will forever be loved and sadly missed.

The person you were and your music will keep your memory alive.

We love you, Your family

In the 2017 documentary Avicii: True Stories, the EDM star recounted a discussion with his managers in which he said he was “going to die” if he didn’t retire from live performances.

“I have told them this. I won’t be able to play anymore. I have said, like, I’m going to die. I have said it so many times,” he said of his managers pressuring him to perform.

Avicii played his last show in August of 2016 at age 26. Throughout his career, he spoke openly about his struggles with alcoholism and subsequent health issues, including a case of acute pancreatitis he suffered from for years.

Avicii was found dead in his hotel room in the Middle Eastern country of Oman. A cause of death has yet to be released, but authorities have “no criminal suspicion” and have ruled out foul play.