Steph Curry Is On Track to Obliterate a Major NBA Record 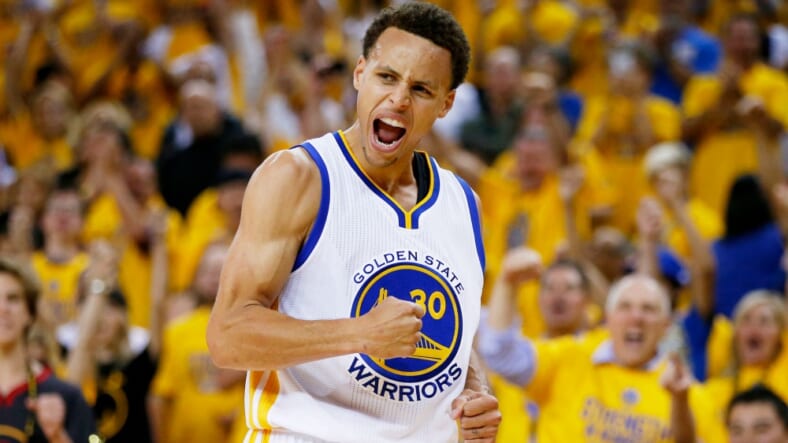 Three years ago, Steph Curry set the NBA single-season three point record by knocking down 272 treys in 78 games. Last year, he broke that record as the season wound down, finishing his MVP campaign with 286 threes in 80 games. This year, he’s going to obliterate that mark. On Saturday, Curry hit his 287th and 288th threes of the season—and he’s only played 56 games. The Warriors superstar has 24 games left this season schedule. Assuming he rests a few times before the playoffs, he’s on pace to hit another hundred threes. If he doesn’t rest, he could get to 400—which would be the greatest individual accomplishment in the history of the NBA. Something like an NFL player rushing for 4000 yards.

Back to Saturday though, which was a record-setting night in more than one way for Curry. Along with the single-season record, Curry tied the single-game three point record — and this was in a game that saw him go to the locker room with a badly turned ankle. It was a scary moment for a guy who’s first few years in the NBA were marred with ankle injuries, but Curry returned to the floor and, with the benefit of five extra minutes in overtime, hit 12 three-pointers. That brought him even with Kobe Bryant and former journeyman forward Donyell Marshall in the record books.

The best part about Curry’s record tying shot was that he did it in quintessentially Curry fashion. With the game tied and the clock ticking toward zero, he pulled up from way too deep and fired a shot that was way too smooth. It was, like so many of his deep threes, a shot that would have been terrible for anyone else. But as we’ve come to expect from a ball that leaves Curry’s hands, it went through the hoop—a fitting end to a record-setting game for the most exciting player in the world.