“The clowns are pissed at me.” 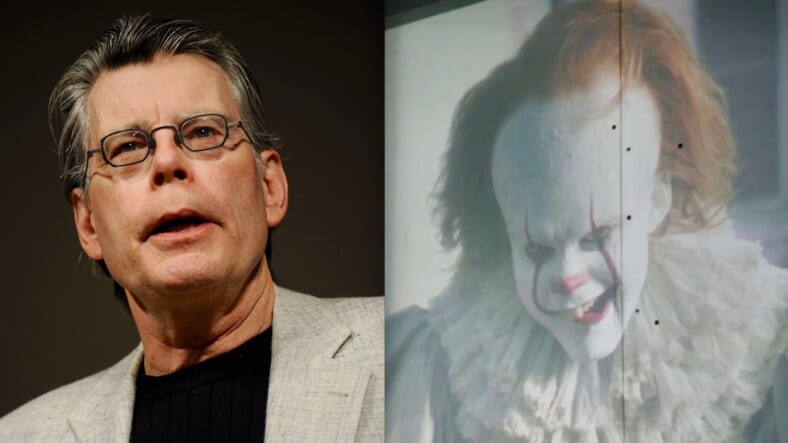 The trailer for the upcoming IT reboot shattered YouTube records with 197 million views in 24 hours, meaning the trope of the killer clown will again enter the public consciousness.

Understandably, the nation’s clowns, who insist they are not sewer-dwelling maniacs who devour children, are kinda bummed.

The man responsible for the resurgence, IT author Stephen King, has spoken out about the “clownlash” that has dogged the upcoming reboot.

The clowns are pissed at me. Sorry, most are great. BUT…kids have always been scared of clowns. Don't kill the messengers for the message.

You see, Pennywise the killer clown is meant to be an embodiment of the children’s fears. “It” can assume many forms but, naturally, the novel’s children find his red-nosed, white-faced form the most chilling.

In 2005, King spoke with talk-shot host Conan O’Brien about the conception of Pennywise the clown.

“As a kid going to the circus, there would be like 12 full-grown people that would all pile out of a little tiny car. Their faces were dead-white, their mouths were red as if they were full of blood, they’re all screaming, their eyes are huge…” King said.

“The kids are all terrified of them, and the parents are all like, ‘Aren’t the clowns funny, Johnny?’ and Johnny’s like, ‘No, get me the hell out of here!'”

Despite was the supposedly good clowns say, young Johnny has reason to be afraid. See the new IT trailer, below.

IT hits theaters on September 8.