Two More Stephen King Movies Are Coming, So Prepare To Be Spooked

‘IT’ was just the beginning. 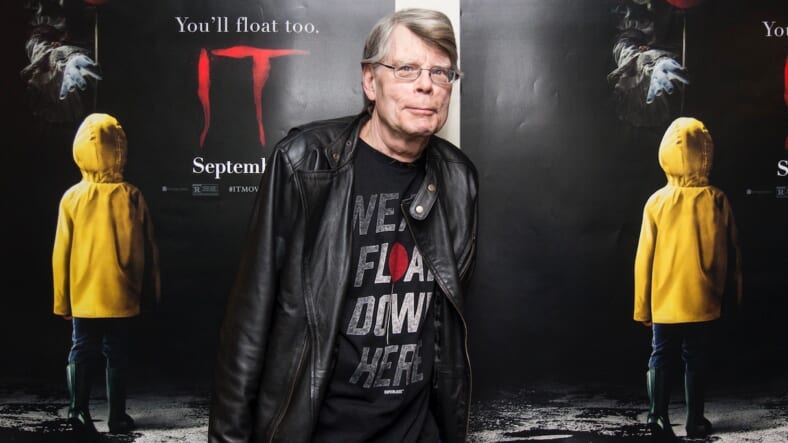 We are living in a full-blown Stephen King renaissance.

Following the box office smash of IT, the critically-acclaimed Netflix movie adaption of Gerald’s Game and Netflix’s upcoming 1922, the prolific horror writer has revealed two more adaptions are in the works.

“There’s talk about doing The Stand as an extended TV series, possibly for Showtime or CBS All Access,” King told Vulture.

The Stand was previously made into a miniseries back in 1994 on ABC. Its official synopsis is grim stuff.

“When a man escapes from a biological testing facility, he sets in motion a deadly domino effect, spreading a mutated strain of the flu that will wipe out 99 percent of humanity within a few weeks.

“The survivors who remain are scared, bewildered, and in need of a leader. Two emerge–Mother Abagail, the benevolent 108-year-old woman who urges them to build a community in Boulder, Colorado; and Randall Flagg, the nefarious “Dark Man,” who delights in chaos and violence.”

King continued, “And there’s been some interest in developing Salem’s Lot as a feature, probably because people are saying, ‘Well, we took an old miniseries called IT and turned it into a phenomenon, so maybe we can do it with something else’.”

Salem’s Lot was similarly made into a famously creepy 1979 TV miniseries directed by Tobe Hooper (The Texas Chain Saw Massacre). That novel followed a writer who discovered the residents of his hometown were turning into vampires.

King may be cynical about why it’s being adapted, but it doesn’t necessarily sound like he is complaining. And neither are we.