Pennywise is coming back. 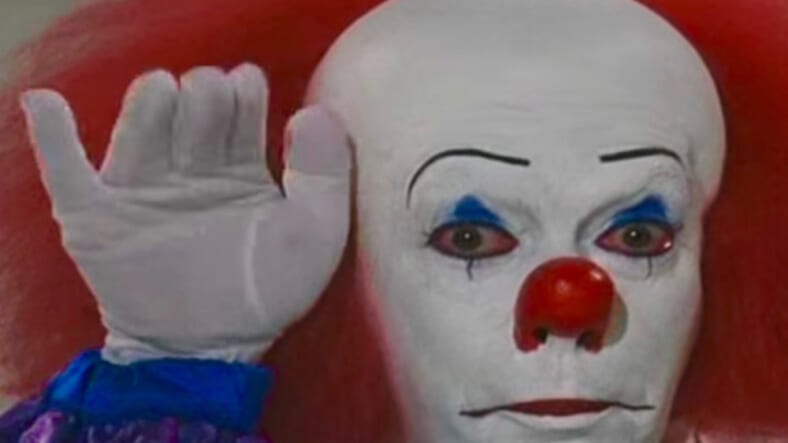 We’ve been pumped and terrified in equal measure over rumors of a big-screen adaptation of Stephen King‘s macabre novel IT. Anyone who ever caught the 1990 ABC miniseries version knows Pennywise the otherworldly killer clown is quite possibly King’s most bone-chilling creation.

Now, IT is officially coming back for more.

According to an Entertainment Weekly report, Warner Bros. has announced an official release date for the long-gestating film–Sept. 8, 2017. The source material will reportedly be broken into two films, with production on the first slated for June. Andy Muschietti (Mama) will direct, although there is no word on which actor will bring Pennywise back from the depths of our worst nightmares.

“Really fun” is one way of putting it. For an idea of what’s coming for us, check out this compilation of Pennywise — as brilliantly realized by Tim Curry in the miniseries — in his most demented moments: