Stephen King’s ‘It’ Adaptation May Start Filming Later This Year

Pennywise, the killer clown, is targeting an R rating. 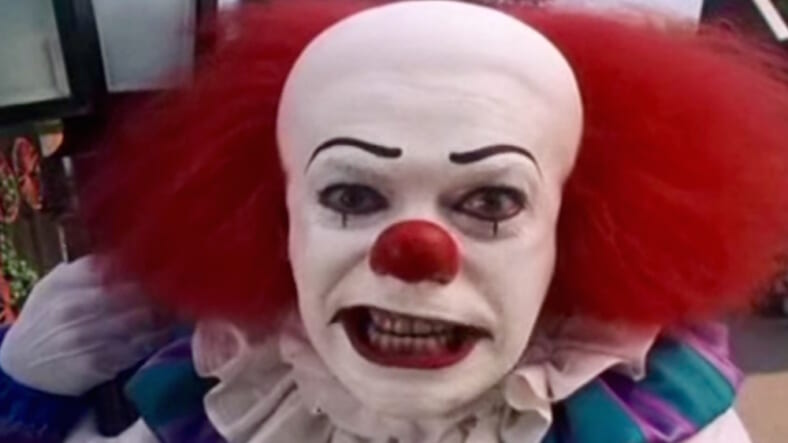 Pennywise, the murderous clown with razorblade teeth, is again set to terrorize audiences.

The long-gestating Stephen King adaptation will finally begin shooting in late 2016, or so hopes producer Roy Lee. He told Collider that Andy Muscietti (Mama) will direct and that the finishing touches are being put on its two-part script. Better yet, he’s targeting an R rating.

“It will hopefully be shooting later this year. We just got the California tax credit… Gary Doberman wrote the most recent draft working with Andy Muscetti, so it’s being envisioned as two movies” Roy Lee said at DICE 2016. “We are very close to turning in the final draft of the script. It’s mainly working on it for budgeting purposes to make it fit within the budget that we have.”

The first film will trail the main characters as children, when they first encounter Pennywise. The second will follow their traumas into adulthood.

It’s been a long time coming. Cary Fukunaga (True Detective) was originally on board to direct, although he later departed due to “creative differences.” He had cast the burly 22-year-old Will Poulter (The Maze Runner) to play Pennywise. There’s still no word on who will play what is arguably King’s most bone-chilling villain.

Tim Curry was the first to realize Pennywise for the screen in the 1990 ABC miniseries that still haunts my dreams. Editor’s note: I watched that version when I was seven and my heart still skips a beat every time I pass a storm drain.