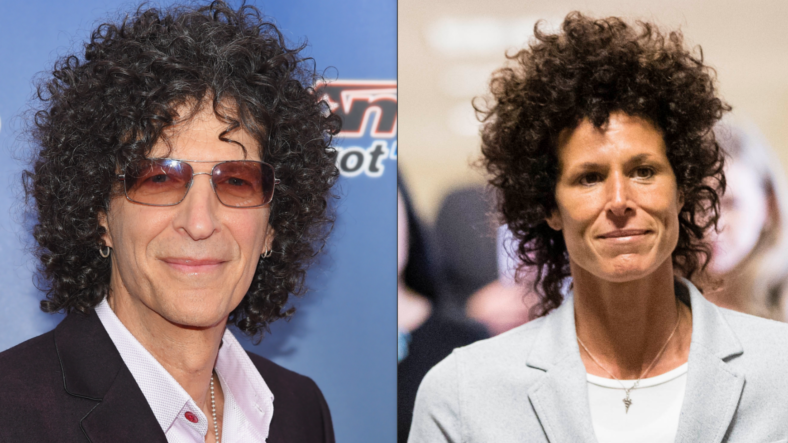 Shock jock Howard Stern is well aware of the striking resemblance he has to Bill Cosby accuser Andrea Constand.

During Wednesday’s broadcast of The Howard Stern Show, the DJ quipped that he’d received “20 billion emails” and “calls to the office” regarding their similarly curly locks and overall build.

“I know, the chick who is the Cosby accuser looks exactly like me,” Stern said.

“She has your hair for sure,” said Quivers.

“Yeah, my hair,” replied Stern. “She’s got a better face, I’ll give her that. I imagine when she was younger she didn’t look so much like me. But I know, she looks like me.”

Quivers cracked, “You better stay away from Cosby.”

With a more serious tone, Stern also said that he believes that Cosby is guilty of the sexual assault crimes he’s been charged with, noting that the dozens of putative victims have come forth “all with pretty much the same story.”

“It’s so fucking dark and creepy,” he said. “And then you juxtapose that with the ‘Cosby Show’ Bill Cosby and the whole thing, it just fucking warps your world. And then the chick looks like me and it’s even weirder.”

Sorry Stern, but you’re kind of a weird-looking dude.