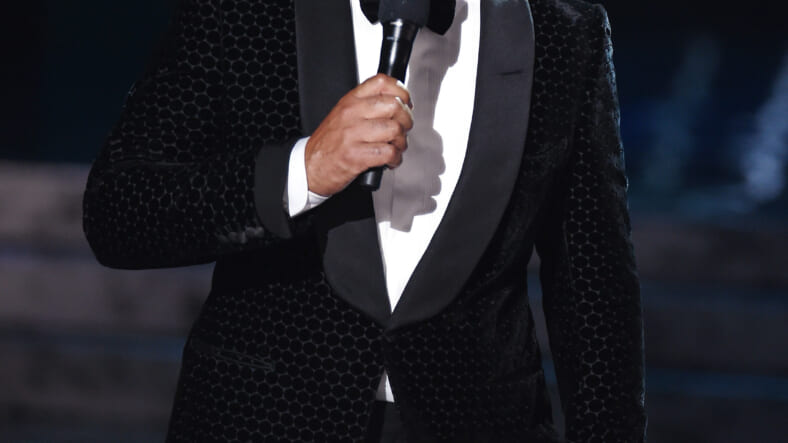 Steve Harvey literally had one job to do at Monday night’s Miss Universe pageant: announce a winner. And as the Internet knows, Harvey totally blew it, announcing Miss Colombia instead of Miss Philippines and sheepishly backing away off the stage in Las Vegas while the internet tore him a new one.Despite this epic fail, it looks like Harvey isn’t going anywhere. According to a report from ET, Harvey just signed a “multi-year” contract to stay on as host. From ET:

Despite his embarrassing mistake at the conclusion of the Miss Universe pageant on Sunday, host Steve Harvey will likely be returning to the stage next year, multiple sources confirm to ET.A source close to production tells ET that the 58-year-old comedian and Family Feud host signed a multi-year contract to host Miss Universe just days before the pageant aired Sunday, and that his paycheck is “more than they’ve ever paid before for a host.”The source says the deal is for at least three years, possibly even as many as six or seven.

ET adds that Harvey’s contract negotiations “came down to the wire,” so perhaps there’s some leeway to boot the incompetent host before next year’s festivities. Here’s hoping.