Steven Avery Wants Brad Pitt To Play Him in a Movie

Guilty or not, this proves the “Making a Murderer” convict has no access to a mirror. 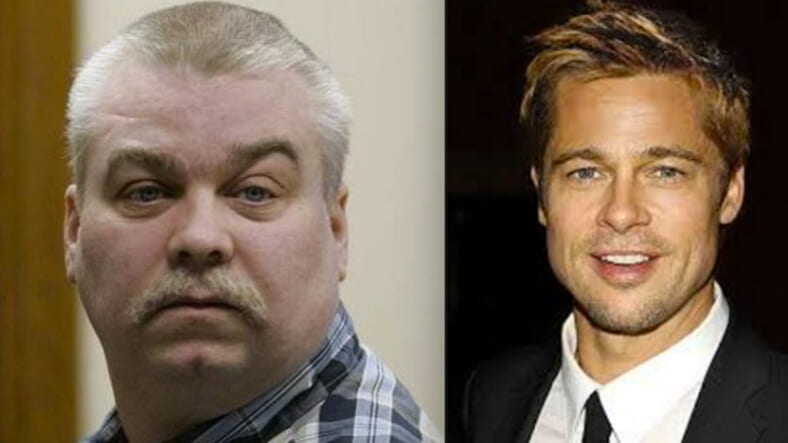 Steven Avery, the convicted killer at the heart of Netflix’s mega-hit true crime documentary Making a Murderer, has some interesting ideas about who should play him in a movie about his life. Interesting as in bizarre.

In an upcoming interview with mustache support system Dr. Phil McGraw, Avery discusses his love life—after claiming he’s never been in love, he believes he’s found ‘the one’—and an upcoming dramatization of his story. According to Avery, who was convicted along with nephew Brendan Dassey in 2007 of the rape and murder of photographer Teresa Halbach, Brad Pitt is the dude best equipped to portray him.

Avery has lost several appeals of his conviction, but a judge overturned Dassey’s conviction in August. At the time Avery said that “sooner or later all the truth will come out.”

Even if the best thing—for him—happens and Avery’s case is overturned and he’s one day released from prison, we’re pretty sure Brad Pitt will always be the last guy on any producer’s call list to come and read a script for a film based on Avery’s life.

We’ll leave gaming who might be best instead to your imagination. After all, appropriate choice for Avery or not, Brad Pitt has enough to deal with these days.