All in the family. 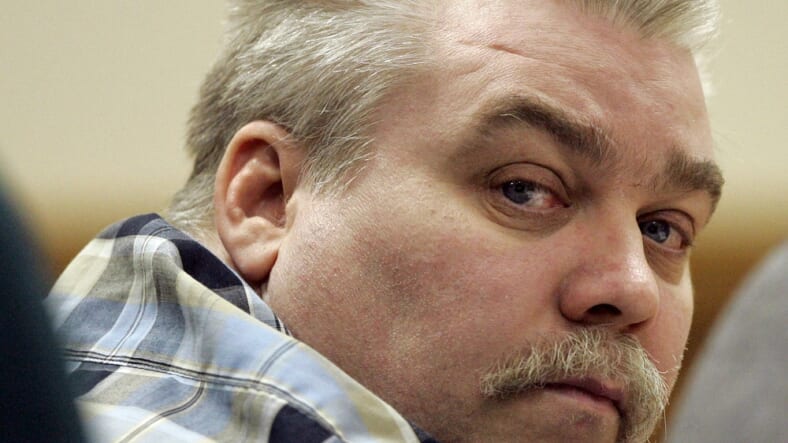 Before he was known as the subject of Netflix’s Making a Murderer and his case became the focus of true crime obsessives everywhere, Steven Avery was filing court documents from prison that revealed his own ideas about who may have murdered 25-year-old photographer Teresa Halbach. A report from TMZ indicates Avery believes his brothers did it:

According to the docs, which Steven filed in 2009 after his conviction, brother Charles’ criminal conduct and actions are even more problematic. [Charles] was charged with sexually assaulting his wife by holding her down and trying to strangle her with a phone cord before having intercourse with her.The docs say Charles also had a history of aggression toward women who visited the family’s junkyard. One woman, who was there to retrieve her car that had been towed, complained to cops she was afraid of Charles because he was aggressively pursuing her … sending flowers and money to her home, calling her incessantly and showing up at her doorstep.

TMZ also reported that Steven Avery proposed a pretty plausible explanation for why Charles and brother Earl might have conspired to pin the Halbach murder on him: money. Not only was the family business up for grabs, Avery contends his brothers were jealous of the multi-million dollar payout he was slated to receive for the wrongful conviction that landed Steven behind bars for almost two decades.

Charles Avery sounds like real predator, too—his incarcerated brother’s papers stated Charles often behaved in a sexually aggressive way toward women who were customers of the Avery family’s salvage yard and strangled and assaulted his own wife. For his part, Earl has pleaded no contest in the past to charges he molested his own daughters.

For devotees to Making a Murderer, these revelations may explain the Avery brothers’ minimal presence in the documentary series. Which is intriguing, because histories of sexual violence would seem to present the Avery brothers as viable alternative suspects, yet there’s little evidence investigators ever focused on anyone but Steven as their suspect in the Halbach case.

It looks like we won’t be finished with peeling away all the layers presented by the hit Netflix series anytime soon.