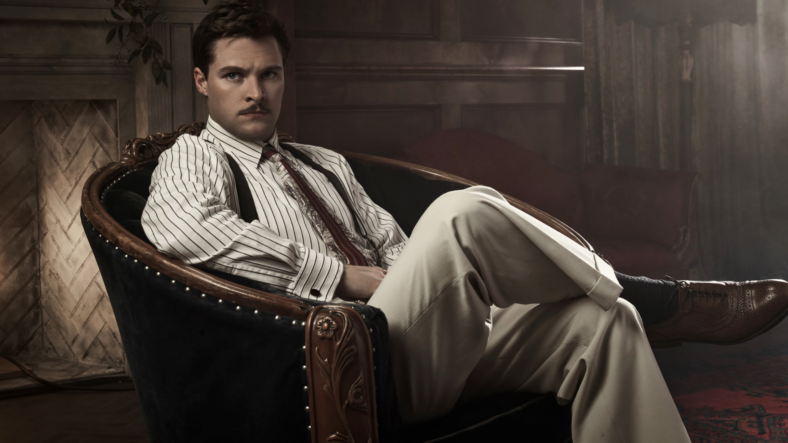 In season one of the CBS All Access original series Strange Angel, viewers met Jack Parsons, a man who rose from chemical factory janitor to become a pioneering rocket scientist–all while being a secret practitioner of “sex magic” with ties to the L.A. occult scene.

Season 2 of the show–which begins streaming June 13–continues to follow Parsons’ path through that weird world of hedonism and pleasure before his early death at age 37 in 1952.

There has long been a rich history of famous figures like Parsons and Crowley leading fascinating double lives. Here, check out some of the most notable cases:

Day Job: The eccentric Englishman was an Occultist, poet, painter, writer, and chess master who was well-known for his promotion of esoteric philosophy.

Alter Ego: Crowley allegedly worked as a British spy while living in the U.S. during World War I, and used his anti-British propagandist public persona as a cover while in contact with German agents.

Day Job: Barrows was an ‘80s-era Manhattan socialite who could trace her ancestry all the way back to the Mayflower.

Alter-Ego: She also ran a high-end escort service that catered to Gotham’s moneyed elite. Her subsequent arrest earned her the immortal tabloid moniker “The Mayflower Madam.”

Alter Ego: Became a radical-chic bank robber after her abduction and psychological torture by the Symbionese Liberation Army. She served time in prison, then resumed her socialite-heiress lifestyle later in life.

Alter-Ego: This “real-life Walter White” was arrested in 2017 after it was discovered he was making methamphetamines with the intent to sell. He was later sentenced to four years in prison.

Alter-Ego: He was also a notorious drug-smuggling pilot who carried untold tons of cocaine for the Colombian Cartel in the late ’70s and ’80s and starred in the cult documentary “Cocaine Cowboys.”

Day Job: Abagnale was living a normal life as an unassuming Bronxville, NY teenager in the 1960s before being unmasked as a world-class con man.

Alter-Ego: He gained fame as a masterful imposter who posed as an airline pilot, a doctor, a US Bureau of Prisons agent and a lawyer. He was famously portrayed by Leonardo DiCaprio in Catch Me if You Can.