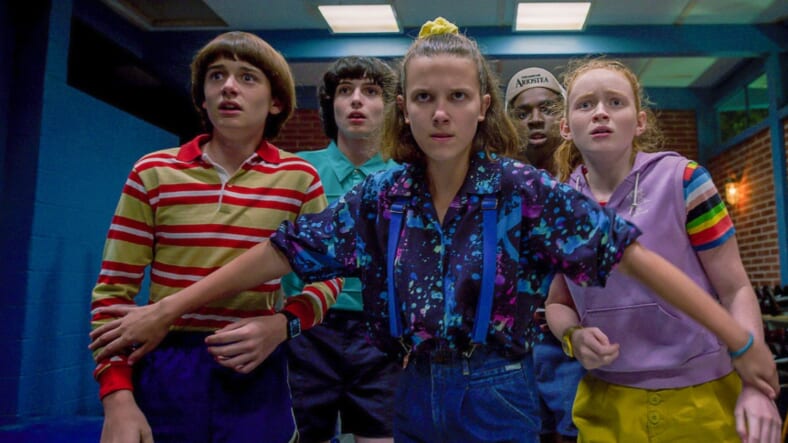 Stranger Things has always taken a while to produce new seasons. If you’re a fan, 2020, in particular, made it feel like we might not see the cast of gifted young actors again till they were middle-aged, as the coronavirus pandemic delayed production of Season 4.

As the pandemic abates in some places, however, the Stranger Things machine is beginning to crank again and series creators Matt and Ross Duffer recently announced the cast of their show is expanding as is the creative universe around it.

all aboard! the Duffer Brothers are here with special news that they want to personally share with you. @stranger_things #GeekedWeek pic.twitter.com/TVheNMqgUl

A tweet thread following the Duffer Brothers‘ video introduces Amybeth McNulty as Vickie, who is “a cool, fast-talking band nerd who catches the eye of one of our beloved heroes.”

Myles Truitt is Patrick, a high school “basketball star who has friends, talent, and a good life… until shocking events send his life spiraling out of control.”

New cast member Ting Chen is Ms. Kelly, a “guidance counselor who cares deeply for her students—especially those struggling the most.”

Finally, Grace Van Dien (her father is 90s action star Casper Van Dien, her grandfather no less than Robert Mitchum) is Chrissy. According to Netflix, the character is “Hawkins’ High lead cheerleader and the most popular girl in school. But beneath the seemingly perfect surface lies a dark secret.”

While Maya Hawke (daughter of Ethan) only joined the cast in Season 3, her character Robin Buckley is a regular player now and the star of an upcoming Stranger Things-themed podcast, The Rebel Robin: Surviving Hawkins. The podcast is associated with a YA book tie-in, Stranger Things: Rebel Robin, which is about the character trying to find a way to go to Europe for summer vacation.

Eleven and the crew from Stranger Things are coming to Magic: The Gathering later this year in a Secret Lair drop! #GeekedWeek pic.twitter.com/rPiTbn2rvR

Good old Dungeons & Dragons has always been integral to the series, so of course we’re getting a tabletop game as well. Not D&D, though: Stranger Things is getting roped into Magic: The Gathering. Which tracks, if you think about it.

We’re not sure what year of school it will be for the Stranger Things crew in season 4, but it’s clear the weird world of Hawkins, Indiana is only growing more complicated, just like life tends to do when you enter high school.

No firm date for the next season’s premiere has been set, but it looks like pandemic-related delays will have us itching for a new journey into weirdness whenever Stranger Things Season 4 premieres sometime in 2022.