A ‘Stranger Things’ Producer Just Dropped Some Bombshells About Season 3

Prepare for a “new evil.” 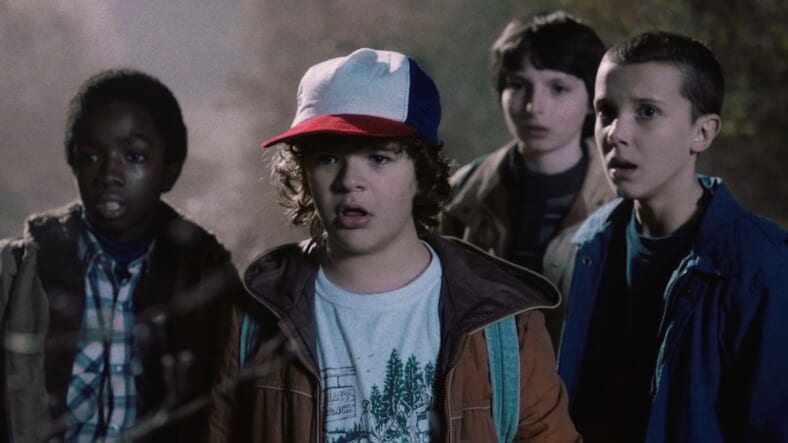 The third season of Stranger Things will not hit Netflix until 2019, but we are already getting exciting over some new details shared by a producer.

Speaking with Glamour magazine, executive producer Shawn Levy revealed the next season will likely either be eight or nine episodes, on par with previous seasons.

They’ve certainly earned the break—once filming begins, it’ll be nonstop work until the show returns in late 2018 or early 2019. “If we could make it [return] faster, then we would,” executive producer Shawn Levy explains. “But we’re going to make it well. We’re going to do it right.” The good news is that the Duffer Brothers and Levy have already planned out all of the story lines for season three. “We’re there,” Levy tells us. “It’ll be an eight- or nine-episode season. The number of episodes will be dictated by the amount of story that excites us. We now know what is going to happen in season three to every character.” Now that the season’s storyline is worked out, they’re in the process of figuring out the specific details of each scene in each episode.

From there, Levy revealed some of what to expect in those episodes. Namely, Will Byers will finally catch a break after getting stuck in the Upside Down for Season 1 and being possessed for Season 2.

That said, the kids of Hawking will not be entirely safe from danger, as “forces of evil that are new.”

While Levy is hesitant to reveal more beyond that, he will say that Will Byers is in need of a break after last season’s trauma from the aftermath of the Upside Down. “We’re going to give Will a break,” he says. “We’re not going to put Will through hell for a third season in a row. He’ll be dealing with stuff, but he won’t be at rock bottom the way we forced the amazing Noah Schnapp to play.” Of course, after battling the Shadow Monster one would assume Dustin or Hopper might be next in line to suffer the consequences. “You might assume that,” Levy teases, “but you would probably end up being wrong. We’re [going to be] dealing with forces of evil that are new.”

Read the full interview at Glamour for more juicy tidbits.