‘Stranger Things’ Just Got Renewed for a Third Season, And We’re Ready to Head Back to the Upside Down

Here’s what we know about what’s coming to Hawkins, Indiana. 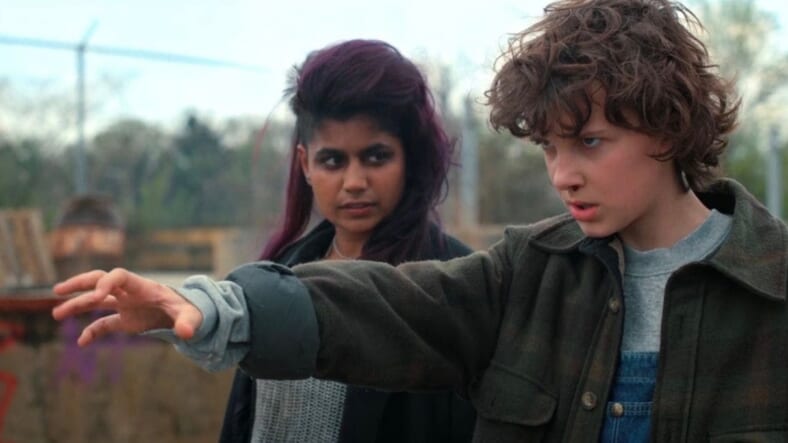 The popular Netflix series Stranger Things, centered on the supernatural goings-on in a small Indiana town in the 1980s, has just been renewed for a third season.

As is customary these days, the announcement was made on Twitter, inspiring a flurry of retweets and “likes.”

FOR THE LOVE OF STEVE, DUH! So hold tight baby darts — season 3 is officially happening.

Some of us are still working through the second season, which began streaming on Netflix on October 27. But a third season was pretty much a given considering the endless mania around the series and its bright child stars.

Expect another significant time jump, like when Season Two picked up a year after the events of Season One. This is to account for the children growing up so quickly. Season 3 will likely occur during their freshman year in high school.

Future storylines will probably also feature the monstrous creatures from the Upside Down that stalked Hawkins throughout the second season.

Co-creator Ross Duffer told The Hollywood Reporter the main big bad “is still there in the Upside Down” and is “aware of the kids,” particularly Eleven’s high-voltage telekinetic ability.

Expect a fourth and potentially even a fifth season as well. This show ain’t going anywhere.

“The truth is we’re definitely going four seasons and there’s very much the possibility of a fifth,” executive producer and director Shawn Levy told Entertainment Weekly. “Beyond that, it becomes I think very unlikely.”