“Hadouken!” on your local highway. 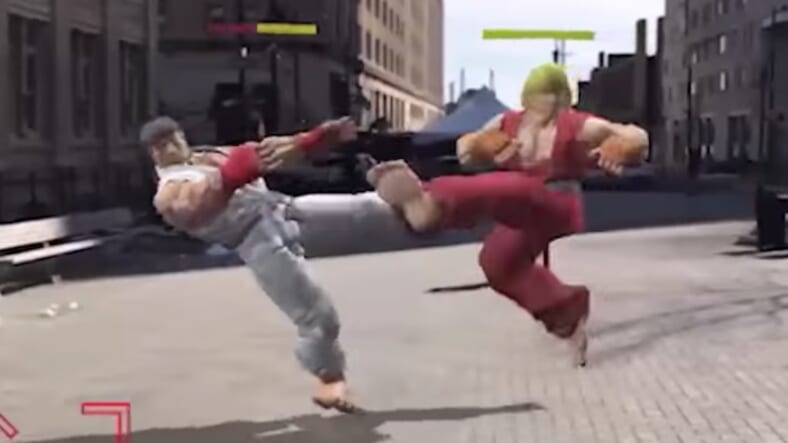 Developers have been in overdrive developing augmented reality games for smart phones. 2,000 apps already use Apple’s ARKit, but none have met the popularity of Android’s success with Pokémon Go.

It may have met its match with a new demo from developer Abhishek Singh, an AR take on the classic ’90s arcade game Street Fighter II.

It brings the 2D “world warriors” into the real world, placing them in your surroundings via the camera on your iPhone and AR technology. The thrill of AR is it interacts with one’s setting… rather than transporting you to a digitally created one as virtual reality does.

But there is no need for any headgear that will make you look ridiculous. Just look at your screen as you did with Pokémon Go.

Singh even created a two-minute demo, revealing how well the game would work in a plaza, park or even parking lot. Check it out above.

“I loved playing this game on an actual arcade as a kid with my sister and wanted to experiment with multiplayer shared AR experiences, and this kinda just popped in my head,” Singh told CNET via email.

“Also realized the linear motion would work well in this kind of shared experience and I also thought it would look cool.”

His idea indeed looks pretty cool. Singh already developed Super Mario in AR for the Hololens so there is a fighting chance this could get made.