“This city was once a happy, peaceful place…” 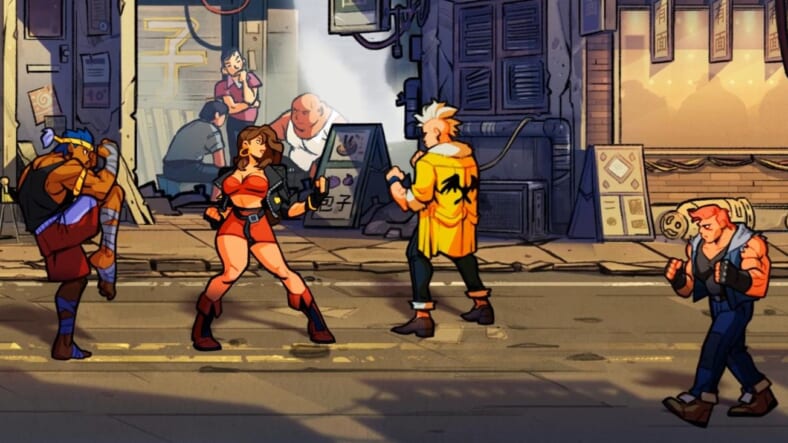 Axel and Blaze are back, and they’re still in the mood to kick some butt.

Sega‘s legendary side-scrolling beat-em-up is returning in the form of Streets of Rage 4. It’s the first installment in the series since Streets of Rage 3 dropped in way back in 1994, so needless to say, fans of retro gaming are freaking out.

Check out the skull-bashing trailer:

Featuring hand-drawn visuals from the team behind 2017’s gorgeous Wonder Boy: The Dragon’s Trap remake, Streets of Rage 4 builds upon the classic trilogy’s gameplay with new mechanics, a fresh story and a gauntlet of dangerous stages with a serious crime problem. Streets of Rage 4 recalls classic gameplay but it stands as an entirely original arcade-style romp thanks to the expertise of Guard Crush Games and Dotemu.

Whether players gang up with a friend or clean up the city solo, Streets of Rage 4 is a skull-bashing, chicken-chomping delight all set to a thumping soundtrack sure to get your blood pumping.

Here’s more info on the series, from Gamespot:

Take a violent trip down memory lane with a look at the 1991 original from 1991:

There is no release date or info on which platforms Streets of Rage 4 is coming to quite yet, so stay tuned for your retro fix.