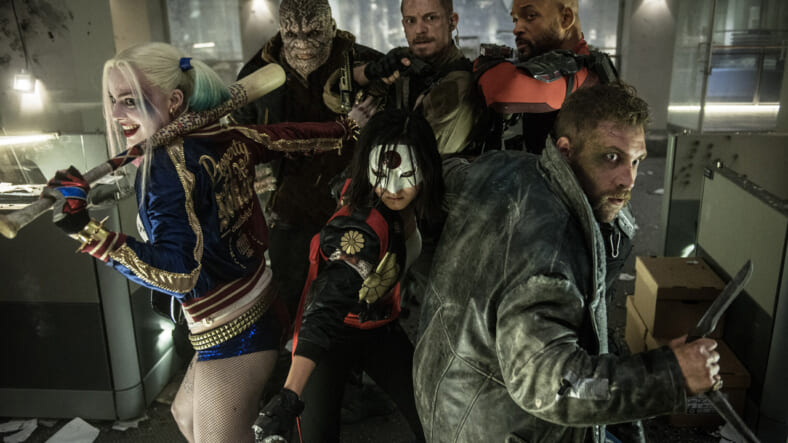 Though most of our superhero obsession has been centered on Batman v. Superman: Dawn of Justice, Captain America: Civil War, and X-Men: Apocalypse in recent months, a recently released Suicide Squad image reminds us not to mess with Task Force X.

Two things to note in this photo are the prominence of Katana and the absence of Enchantress. While Katana hasn’t really taken the forefront in any promo images for the film it’s good to see the sword-wielding, soul-stealing character getting her moment to shine (at least that’s what it looks like).

As for Cara Delevingne’s ominous character, we’ve predicted she would ultimately be the film’s big baddie for months, so this just confirms our continuing suspicions. It won’t be long before we’re screaming, “We told ya so!”