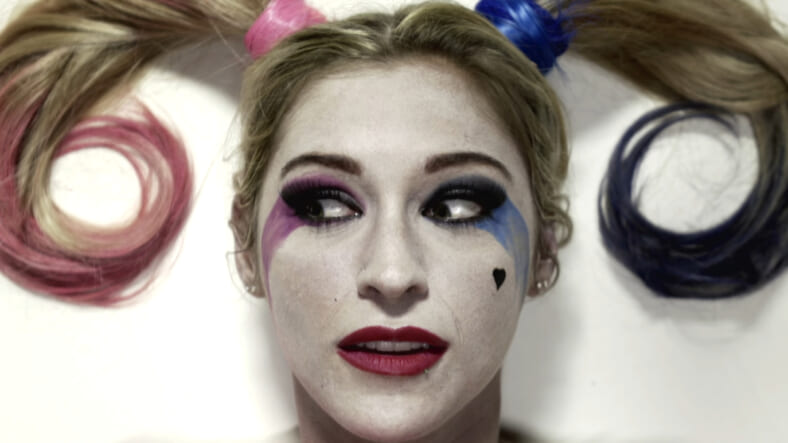 If you’re like everyone else on the planet, you’ve probably heard about a mildly-hyped little movie called Suicide Squad, and maybe you’ve even seen it. And without a doubt, you think that Harley Quinn is the hottest insane clown person imaginable. I mean, just take a look at this this:

And by the way, in case you were wondering, that three-way scene? It’s between Harley, the Joker, and Batman. And I’m pretty sure there are a lot of people out there who’ve fantasized about that. So yeah, you might want to watch it.