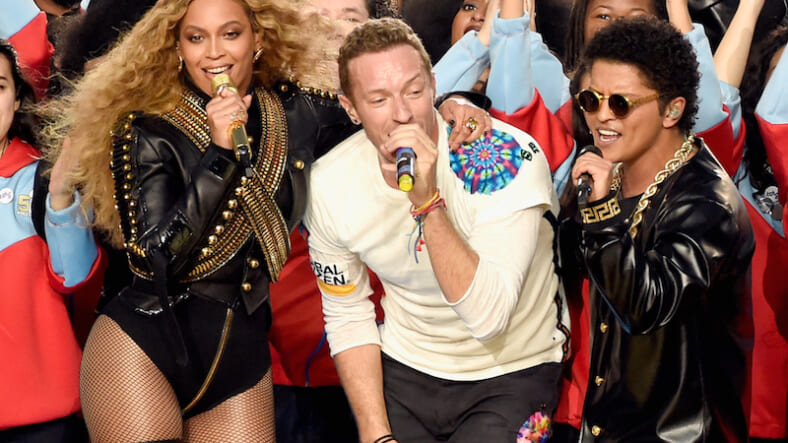 Predictably, this weekend was jam packed with #SPORTSSTUFF and #CELEBRITYTHINGS alike, and we’re here to ensure you didn’t miss one blessed moment of it.

Beyoncé kicked off the weekend with the release of her first new song and video in over a year, “Formation” which was a southern fried New Orleans-themed anthem championing strong black women, hot sauce, and Red Lobster (if you’re good.) The timing of this release was unsurprisingly perfect, considering that the next day, “Formation” stole the show at the Super Bowl 50 halftime event, where she also announced a world tour that, oddly, doesn’t include a stop in New Orleans, even though her video was all “yay, New Orleans.” Well, even in Bey’s world, there are gonna be fumbles sometimes.

In case you missed it, or spent an unusually long time in the bathroom while it was happening, here’s a video of the complete halftime performance featuring Beyoncé, Bruno Mars, and some band called Coldplay. Consider this your official SB50 recap, now go back to washing the Cheetos stains off of your hands.