Not the halftime show, that’s for sure! 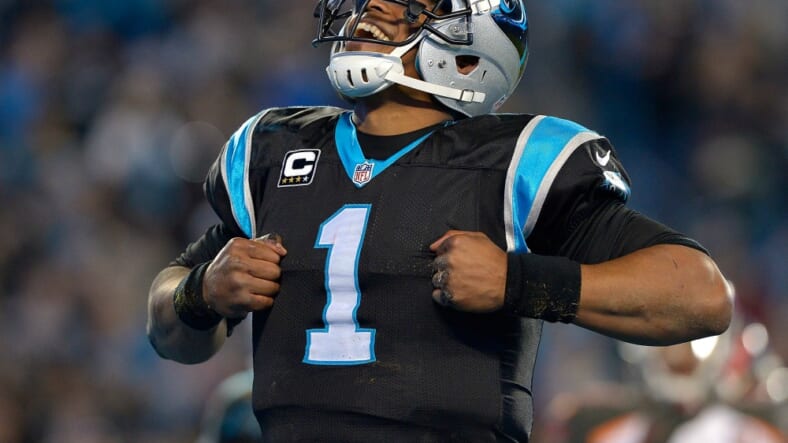 On Sunday night, between slapstick soda commercials and cloying car ads, there’s going to be a football game on TV.  The Denver Broncos and the Carolina Panthers will face off in what looks to be one of the best gams of the year, and there are while host of things you should know about each of them before kickoff:

The Broncos will be the best defense the Panthers have seen yet. In 2015, the Broncos defense came up bigger than Peyton Manning’s forehead. While the offense sputtered at times under an injured Manning and inconsistent Brock Osweiler, the other side of the ball was dominant. Led by linebackers Von Miller and DeMarcus Ware, the Broncos gave up the fewest yards in the league. On a per game basis, they were the league’s best against the pass and the third best against the run. They led the NFL with 52 sacks and held opponents to paltry 18.5 points per game.

The Panthers will be the best rush offense the Broncos have seen. Carolina’s pass game was firmly middle of the pack in 2015, but it’s ground game? WOw. The combination of running back Johnathan Stewart and quarterback Cam Newton proved nearly unstoppable this season, thanks largely to the versatility afforded by having a 6’5”, 250-pound bruiser take every snap. Newton’s ability to gain nearly five yards on average every time he carries the ball allows Carolina to run a unique offense that few other teams could manage and even fewer can stop.

But don’t sleep on the other side of the ball for either team.The Panthers defense and the Broncos offense may not have led the league in much, but neither side is the Little Giants. Carolina’s got one of game’s best linebackers in Luke Kuechly and an All-Pro corner in Josh Norman. Denver’s got a pair of elite receivers in Demaryius Thomas and Emmanuel Sanders who just need Maning’s arm to hang on for one more game.

Speaking of, Peyton Manning may be playing his last game.So much of the lead up to SB50 has been focuses on Manning and whether it will be the final game of his career. Other than telling Bill Belichick that the game may be his “last rodeo,” he’s been pretty quiet on the subject. Expect the game’s broadcast team to be anything but. As obnoxious as the obsession with Manning’s mortality is, you can’t deny the man’s brilliance. You’d be wise to cherish what could be your last chance to see him in action.

Cam Newton’s bound to celebrate and it’s bound to be fantastic.The league’s surefire MVP is also its must ebullient player. That’s a welcome change in league that’s given us so many MVP quarterbacks who are as interesting as a goalpost (*cough* Peyton Manning *cough*). As good as Denver’s defense is, it has no chance to hold Newton without a celebration, and that’s something to look forward to. Not only because Newton knows how to put on a show, but because whatever he does will twist up the panties on all the pearl-clutching puritans who recoil at the sight of an excited football player.