Will Peyton Manning Cry? And Other Ridiculous Super Bowl Prop Bets You Should Get in On

How many times with broadcasters mention dabbing? 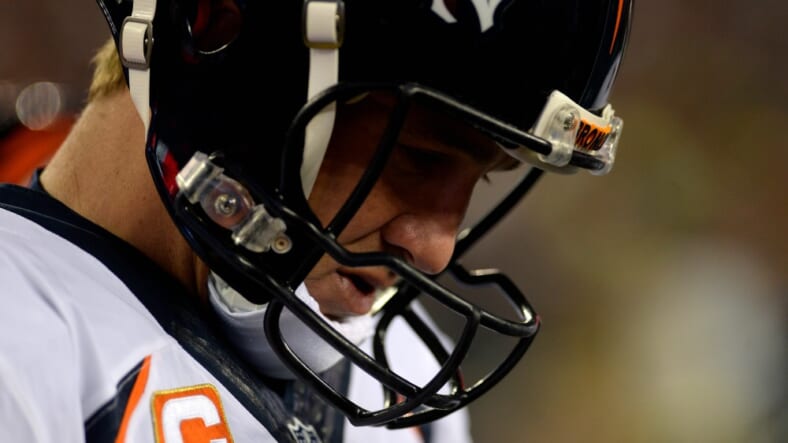 Even though Super Bowl Sunday is America’s greatest holiday, it’s always accompanied by one depressing reality: after the final whistle, there will be no football. But the the imminent conclusion of America’s actual pastime is exactly why we love prop bets and their ability to squeeze every ounce of entertainment out of the game. For the uninitiated, prop bets are Vegas’ way of inviting novice gamblers to make Super Bowl wagers on nonsense like the length of the National Anthem and the number of snaps a backup quarterback will take. Make a few prop bets and you might find yourself paying as much attention to a halftime performers shoe choice as the game itself.

The most entertaining prop bets are the unique ones—those specific to the players, teams and musicians playing in that Super Bowl. Last year, for example, you could have bet big money on whether or not halftime performer Katy Perry would experience a wardrobe malfunction. She didn’t, so hopefully you didn’t either. As for this year, there’s no shortage of inanity concerning Cam Newton, Peyton Manning and Beyonce’s shoes. Here are some favorites as listed by OddShark.com. Go ahead, lose some money.

Will Peyton Manning be seen crying at any point during the entire broadcast?Yes: +600No: -1200

How many times will “dab” or “dabbing” be said by the announcers during the broadcast?Over: 2 EVENUnder: 2 -140

How many times will Cam Newton do the Open Shirt Superman motion during the game?Over: 2.5 EVENUnder: 2.5 -140

What will be higher?Donald Trump’s % points in the New Hampshire Primary: -200Total points scored by the winning Super Bowl team: +150

Will there be an earthquake during the game?Yes: +1000

If Steph Curry is shown on TV during the broadcast what will he be wearing?Personalized Carolina Steph Curry jersey: EVENCam Newton jersey: +300Any other Carolina jersey: +500No jersey: +200