The quarterbacks had all the pre-publicity, but this was a defensive match. 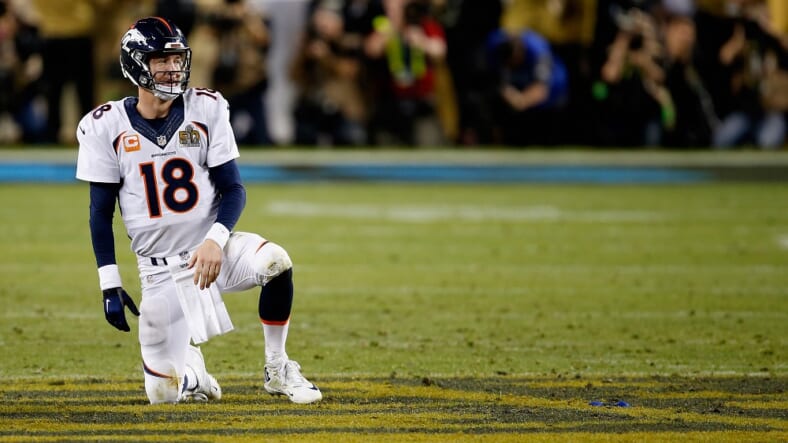 On Sunday the feisty Carolina Panthers and charismatic QB Cam Newton met Peyton “The Sheriff” Manning and his powerhouse Denver Broncos at Levi’s Stadium in Santa Clara, CA for the “Golden” Super Bowl 50. They were well-matched teams with notably powerful defenders on both sides. By the time the game was over the Broncos were victorious, 24-10.

Scoring began with an unexpected bang in the first quarter when Broncos outside linebacker Von Miller executed a strip sack on Cam Newton, recovering Newton’s resulting fumble in the end zone. Denver later followed with a field goal.

The Panthers didn’t score until the second quarter, when Jonathan Stewart put six on the board with a flying leap into the end zone.

Overall, though, it was an unexciting first half. While the teams were evenly matched on offense, Broncos defenders like Von Miller, cornerback Aqib Talib, and defensive end Malik Jackson were largely responsible for Denver’s 13-7 lead at the half.

After the thrilling half-time show featuring Coldplay, Beyoncé, and Bruno Mars, the big game held to its previous lackluster pace, only picking up steam in the fourth quarter, when the Carolina Panthers pushed hard—but not hard enough—to even the score.

That push took a toll when Panthers wide right Corey Brown was taken out of the game with a concussion.

Peyton Manning—whom many believe will likely retire from the game after this season—was in top form, methodically putting his offense through the paces. Manning showed little sign of his much talked about age and conducted his game with the calm assurance that has been the hallmark of his career.

There was no doubt that Cam Newton was in top form as well, but in the end Newton was at the mercy of the Broncos’ devastating defense, which gave the normally nimble and resourceful Panthers QB no room to breathe.

If this was The Sheriff’s final shootout, it looks like he can ride out of town with his head held high, still the winningest quarterback in NFL history.